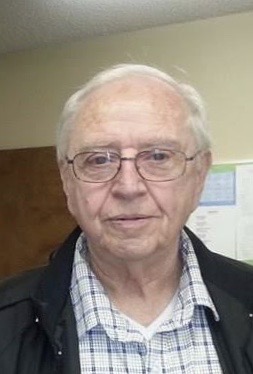 Orran C. Dodson (November 4, 1932 - April 7, 2021) beloved husband of Karen Dodson who preceded him in 2013, and father of Michael (Sue), Ellen, David (Lori) and Beth.  He greatly loved his 9 granddaughters, Michelle, Wendy, Karlie, Virginia, Gillian, Dora, Tamara, Cassie & Abby.  18 great-grandchildren, and 1 great great-granddaughter.  He is survived by his devoted sister, Frances, and was preceded by his brother Paul.

Orran was born in Van Buren, MO to Leland & Ruth (Hanger) Dodson. The family moved to Lynden when he was 9, graduating from Lynden high school in 1951. Orran & Karen (Booman) were high school sweethearts, they married September 4 1952 and were married for over 60 years until her passing. After serving in the Army he partnered with his Father in the grocery business. After 10 years in North Bellingham, they moved to Nugents Corner, taking one of the smallest stores on the highway and building it into the largest. He was a fixture at “the Corner” for over 50 years. He enjoyed working with his father & mother, then his children and grandchildren along with countless employees.  Orran served on regional & national boards of independent grocers, but he always felt the best part of his career was being part of and serving the local community.

He was dedicated to the Nugent's Corner Fire Department and contributed greatly to its growth.  He served for many years as a fireman and Battalion Chief and ended his service as a Fire Commissioner of district 1. Orran suffered from a long-term illness and spent his final years in the care of his family. A family graveside service will be held at Ten Mile Cemetery, Lynden, WA. Family suggests memorial contributions be made to the Deming Library, P.O. Box 357, Deming, WA 98244 in Orran’s memory. “Where friends meet friends”

To order memorial trees or send flowers to the family in memory of Orran Charles Dodson, please visit our flower store.