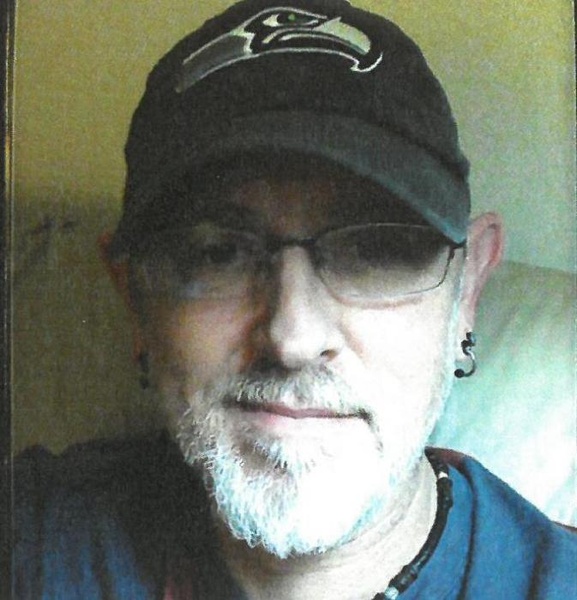 Oliver Daniel Kipling, (Danny to those who knew him in his younger years), age 51, passed away at his home September 14, 2017 of natural causes. Oliver was born October 9, 1965 to Oliver Kipling (Deceased) and Janice (Southworth) Perez in Burien, Washington. He spent several years in the Seattle area before moving to Ferndale in 1972, where he spent his childhood and teenage years. Oliver spent several years living in California and South Dakota before returning to the Pacific Northwest, finally settling in Sumas, Washington. If you had the pleasure of knowing Oliver in his younger years, you know that he was full of dreams, compassion and misadventures. He loved music and had an incredible baritone voice for someone who did not reach his full height potential until later than most. People were always in awe that such a beautiful, deep voice could come from someone so small. Oliver also enjoyed the outdoors and had a wonderful sense of humor. We would be remiss not mention that he was crowned Mr. Ski to Sea in 1984. Oliver was preceded in death by his father, his grandfather (Bob Mooney) and his paternal grandparents (Oliver and Bessie Kipling). Oliver is survived by his son, Michael, his daughters, Katie and Eryn Kipling, as well as his mother Janice Perez, sister Gina Dvorak (Don), brother John Perez, and grandmother, Betty Mooney. He is also survived by numerous nieces, nephews, aunts, uncles and cousins.  A Private Celebration of Life will be held at a later date.

To order memorial trees or send flowers to the family in memory of Oliver Daniel Kipling, please visit our flower store.