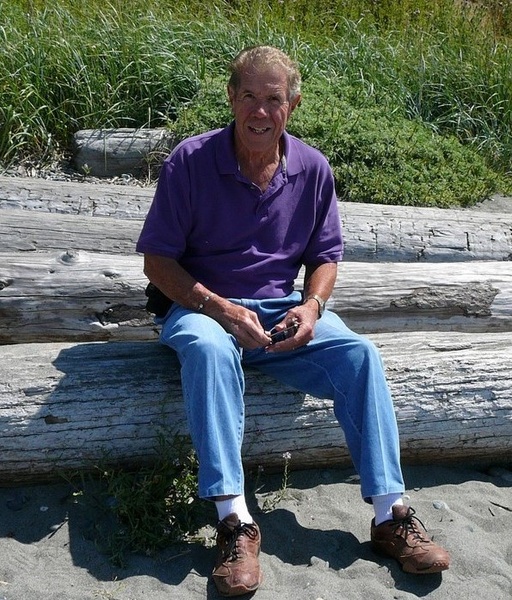 Celebration of a Life Well Lived and Loved Neil Gordon Thompson, died peacefully with family at his side, at Covenant Hospice Care in Pensacola, Florida on October 3, 2017. He was 84 years old. He was born in Deer River NY on 14 June 1933. He was raised on the family farm as the 3rd oldest of 13 children, born to Clarence and Hazel Thompson. Neil graduated high school in 1950, at Lowville Academy, Lowville, New York, after which he entered the Air Force. He served God and country as an air traffic controller in the US Air Force, in Bermuda, Korea, Thailand, Germany and Puerto Rico and numerous stateside bases during his 23-year military career. While stationed at Ramey AFB in Puerto Rico, he obtained his BA from Universidad Interamericana de Puerto Rico. He went on to earn his MDiV from Southwestern Baptist Theological Seminary in Fort Worth, Texas. After that, he served God as a Pastor/Teacher for 26 years at churches in numerous places around our world, including Texas, Alaska, Germany (twice), Washington State and Florida. Neil is survived by his wife of 62 years, Irene Eliza (Easton), and their two daughters Katrina Suzanne Parrish and Jennifer Dawn DiTommaso, and his son-in-love, Vincent William DiTommaso, all of Crestview, Florida. He is also survived by five grandchildren - Eric Parrish and his wife Sheryl, of Camino Island, Washington, and Amber Parrish of Crestview, Florida, Matthew DiTommaso and his wife Dani, of Nooksack, Washington, Jordon DiTommaso of Ferndale, Washington, and Elizabeth DiTommaso of Crestview, Florida. He is also survived by nine great-grandchildren: Sophia, Patrick, Nathan, Jesse, Joshua, Ezra and Rosa Parrish, and Daxton and Matteo DiTommaso. There remain seven siblings of the original thirteen with their extended family members living throughout America. Neil enjoyed so many activities. He truly enjoyed playing golf. He loved to feed the birds and squirrels that hung out in his yard. Most of all, he enjoyed spending time in God's Holy Word, with Jesus and then when he had opportunities to share about Jesus whether in a teaching situation or just one-on-one with whom he came in contact. He loved his family. Daily his prayers included each family member by name, from siblings to those precious great-grands, each by name. He loved spending time with them. In lieu of flowers, the family requests contributions to Woodlawn Baptist Church Building Fund or Covenant Care, 5041 North 12th Avenue, Pensacola, Florida, 32504 in Neil's memory. A time remembering Neil's life will be held on 29 October at Wiser Lake Chapel in Lynden, Washington at 2:00 p.m. We look forward to seeing our Washington family and friends as we come together to celebrate this life well lived.

To order memorial trees or send flowers to the family in memory of Neil Gordon Thompson, please visit our flower store.