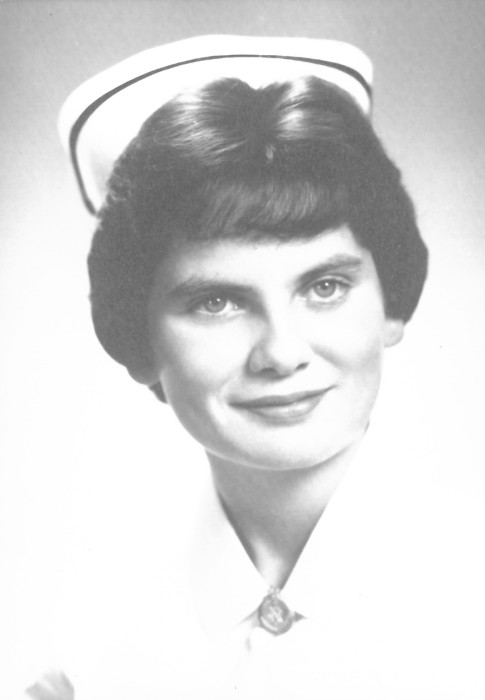 Nancy Ruth Torrillo passed away peacefully into God’s loving arms on October 10, 2020. Nancy bravely battled Alzheimer’s for years before a sudden illness brought her to her eternal home.

Nancy was born August 24, 1939 in Wingham, Ontario to William and Marjorie (Schell) Johnston. She was the youngest of four children and raised in Lucknow where her father was the countryside doctor. She graduated nursing school at the Hospital for Sick Children in Toronto. Later she would go on a road trip with girlfriends to the San Francisco Bay Area. She would settle down there and pursue her career in pediatric nursing.

In 1968, she married John Torrillo. Together they had two children.

She would practice nursing with a private office and then retired with Kaiser Permanente after nearly 35 years of service. She was a working mom but also prided herself in raising her girls with unwavering loyalty and love.

John and Nancy retired to Bellingham, WA in early 2000. She found a passion for volunteering at St. Joseph’s Hospital and the local Visitor’s Bureau. She received several pins from the hospital that recognized 1,000’s of hours of service.

Nancy will be remembered for her kind and loving heart. She was a generous and selfless woman to her family, friends, and co-workers. She would often surprise people that she didn’t know with her kind and loving gestures. There are so many lives she has touched with her grace.

As the Alzheimer’s progressed she lost the ability to greet people by name. She became well known for greeting people with a boisterous Hello, Beautiful! It never ceased to bring a smile to those who encountered her. Her warmth and love will be missed by many.

She was preceded in death by her parents, her step-mother Greta, her brother Bruce and sister Mary.

Surviving her are her children Amy (Derek) Schauer, Kristy (Brad) O’Connor, her grandchildren Alyssa and Camden Schauer and her sister Kay Mowbray.

The family would like to thank Christian Health Care Center and Whatcom County Hospice for their loving care. We would also like to thank Sig’s Funeral Services for their professionalism, kindness, and support through this difficult time.

To order memorial trees or send flowers to the family in memory of Nancy Ruth Torrillo, please visit our flower store.
Send a Sympathy Card