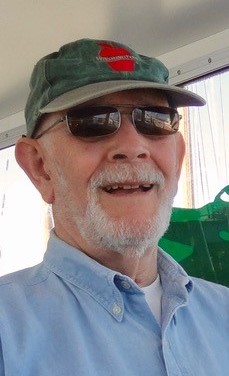 With great love and respect, the family of Maurice H. Stoffer announces his passing from this life to the next on April 2, 2020, in Bellingham Washington. The first child of Maurice and Isabel Stoffer, Maurie was born on January 26, 1929, at Swedish Hospital in Seattle, Washington.  He spent his childhood with his sister, Myris, in the Phinney Ridge and Magnolia communities in Seattle, while enjoying happy summer vacations with his maternal grandmother at her home on Sinclair Island.  He shared his love of the San Juan Islands with his family throughout his life.

Maurie’s first job was as an usher at the Moore Theater in downtown Seattle.  Maurie graduated from Queen Anne High School in 1946, then joined the Naval ROTC and began studies at the University of Washington.  He joined the Acacia Fraternity in 1949, where he met his first wife, Mary Louise Johnson, at a dance.  He graduated from the UW with a BS in Meterology and Climatology in December, 1950. Immediately following graduation, Maurie was commissioned as an Ensign aboard the USS Shelton, and reported for duty as a navigator.  During this assignment, the USS Shelton would tour with the 7th Fleet during the Korean War.

Maurie and Mary Lou were married on May 14, 1951, in Seattle.  Maurie continued his service aboard the USS Shelton until June, 1952, when he and his wife moved to Honolulu, HI, where he served as a forecaster at Fleet Weather Central, Pearl Harbor, until 1953.  Following their relocation to Seattle, Maurie continued his military service in the Navy Ready Reserve for 22 years, attached to Sand Point Naval Air Station and Whidbey Island Naval Air Station. Maurie retired at the rank of Captain.  His service to his country was very important to him, and a highlight of his life.  His family is grateful and proud of him for his work as a Naval Officer.  Maurie decided to pursue a career in teaching in 1953.  He and Mary Lou returned to Seattle, and Maurie to the UW, where he earned a BA in Mathematics in 1955.  He accepted a teaching position at Punahou School in Honolulu, where he worked until 1957.

Relocation once again brought them back to the mainland in 1957, where Maurie continued to work in high schools in the Seattle and Edmonds area as a popular teacher, counselor, and vice-principal.  Following his retirement, Maurie and Mary Lou enjoyed boating on their Sundowner Tug and spending time at their summer home on Edgewater Beach in Olympia, traveling and spending time with their family.  Mary Lou passed from this life in January, 1998.

Maurie and Mary Lou became parents in 1956, with Susan’s birth; and in 1960, when Dale was born.   As parents, they provided their children with a loving and supportive home, memorable experiences, and a positive outlook on life.  Susan and Dale know how very lucky they are, and hope to pass along the lessons we learned from them.

Maurie and his second wife, Anita Berry, both raised their families in the Edmonds area.  Maurie and Anita met while serving on their HOA Board.  Supporting each other following the loss of their spouses, a meeting for coffee became a lunch get-together, which became a special relationship.  They were married on Valentines’ Day, 1999.  They spent 10 years living in the Shoreline area, and kept busy with cruises, family visits, and local adventures.  They chose to relocate to Bellingham in 2010, where they found special friendships in their new home at The Willows Retirement Community, and with their membership at Christ the Servant Lutheran Church.  Maurie spent his final years enjoying reading, history, keeping up with current events, and sharing stories of life experiences with his family and friends.

Maurie leaves behind his loving wife of 21 years, Anita; daughter Susan and son-in-law Steve Siler of Astoria OR; son Dale Stoffer and daughter-in-law Ching-Jen Hsueh of Taipei City, Taiwan; grandson Chris and granddaughter-in-law Elisabeth Freeman of Portland, OR; grandson Keale Stoffer of Seattle; and step-grandsons Min-Hao Hsueh and Chao-Yuan Chiu.  Maurie very much enjoyed the company and support of Anita’s family; her son, Steven and daughter-in-law Lisa Berry of Bellingham; daughter Nancy and son-in-law Jack Brooks of Chicago, and their children, Erin and Brian; and son Rick and daughter-in-law Louise of Virginia, and their children, Catherine and Allison. A Celebration of Life will be held Saturday, June 19, 2021, 2:00 PM at Christ the Servant Lutheran Church, 2600 Lakeway Drive, Bellingham, WA 98229. Please RSVP to daughter Susan Siler 503-791-5961 if you would like to attend the service. Memorial contributions may be made to Christ the Servant Lutheran Church in Bellingham, WA or The Foundation for Edmonds School District, P.O. Box 390, Lynnwood, WA 98046

To order memorial trees or send flowers to the family in memory of Maurice H. Stoffer, please visit our flower store.