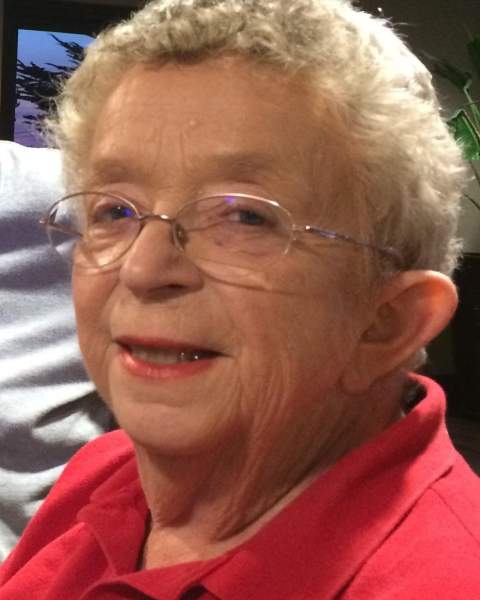 Mary Alice (Hufford) Lane, 85, passed away Aug. 25, 2022, at St. Joseph Hospital in Bellingham. A tiny, mighty woman, she loved her life, loved taking care of people, and loved a good meal of rare steak and good wine; she cheated death many times for more opportunities to enjoy all three.

Mary was born in Holdrege, Nebraska, on April 8, 1937, to Ernest and Blanche Hufford. The family of three moved to Arizona in the early ‘40s in search of better opportunities, with Mary riding all the way in the back set of their open-topped car. She spent her childhood in Phoenix, playing baseball, roller-skating in the neighborhood and playing the clarinet in the Central Phoenix High School band. Later, she helped put herself through Arizona State University by working in the music department office. While earning her business degree at ASU, Mary met lifelong friends in Kappa Delta sorority as well as her future husband, a gregarious Phi Sigma Kappa fraternity brother nicknamed Edbear.

After graduating from ASU in 1959, Mary moved north to San Francisco and lived in a rooming house for young professionals. She worked as the executive assistant to the head of international marketing at Levi Strauss and reconnected with her old college boyfriend, Edwin Lane; they married in 1967. After a few years in an apartment in Albany overlooking San Francisco Bay, Mary and Ed bought a house in Pinole, where they raised their daughter, Mary Alden, and lived for the next 50 years. Grandma Blanche also lived with them in the ‘70s and ‘80s.

During her daughter’s childhood, Mary was one of the moms who made sure youth activities in Pinole ran smoothly. She was president of the elementary school PTA, treasurer for the local swim team, and volunteer in Girl Scouts. She and Ed also kept close ties to ASU and organized many events for ASU alums in Northern California. They rode in ASU’s 1987 Homecoming Parade and were honored on the football field at halftime with the alumni association’s James W. Creasman Award of Excellence.

Mary and Ed were a powerful team when it came to organizing parties. While Ed collected people, striking up conversations with strangers wherever he went, Mary made sure they were fed. Mary bought a dining room table with four leaves to accommodate large, elegant dinner parties with friends and family. She also accumulated an impressive collection of tailgating equipment; she regularly fed more people out of her trunk than she could fit around her fully extended table. Some of their best parties were with a group of friends who called themselves the PITS, the Pinole International Tailgaters Society.

Mary’s childhood love of baseball was life-long. She and Ed were longtime season ticket holders for the Oakland A’s, and collected a regular group to gather in the parking lot for epic tailgate parties before games. She and Ed also enjoyed playing golf, popping their clubs into the back of Ed’s convertible and traveling to courses all over. One of Mary’s many treasures was the score card from her hole-in-one in Penticton, B.C.

A Depression-era baby, Mary was frugal her whole life, except when it came to travel. She and Ed, with kid and grandma in tow, spent several Christmases in Hawaii, summer weeks at Lake Tahoe and long weekends in Mendocino. They traveled by RV around Arizona, by tour bus through Europe, and by cruise ship to Canada, the Caribbean, and the Mediterranean, collecting heaps of memorabilia and filling dozens of photo albums.

Mary and Ed loved their house and neighbors in Parkway Village. She enjoyed walking around the neighborhood and on the Interurban Trail, even with the help of a walker and oxygen compressor. Each summer she planted colorful flowers in the front yard, keeping them watered with Plant Nanny stakes and wine bottles.

Mary is survived by her daughter and steak-grilling apprentice, Mary Lane Gallagher, her son-in-law and fellow baseball fan, David Gallagher, and her tiny, mighty granddaughter Ella Lane Gallagher. She’s also survived by many friends and family who enjoyed the gift of her hospitality over the years.

Waiting for her at the best dinner party in the Great Beyond is her beloved husband of 54 years, Edwin Selden Lane, and her parents Ernest and Blanche Hufford.

The family would like to thank Mary’s extensive healthcare team, particularly the Center for Senior Health, Mount Baker Nephrology, PeaceHealth Cardiology, and Signature Home Health; Mary’s neighbors in Parkway Village; FMLA and Western Washington University; people responsible for pushing passengers in wheelchairs through airports; and the unknown woman who helped Mary walk on the cobblestone streets of the old city of Cartagena, Columbia, when her walker got misplaced on the tour bus.

To order memorial trees or send flowers to the family in memory of Mary Alice Lane, please visit our flower store.