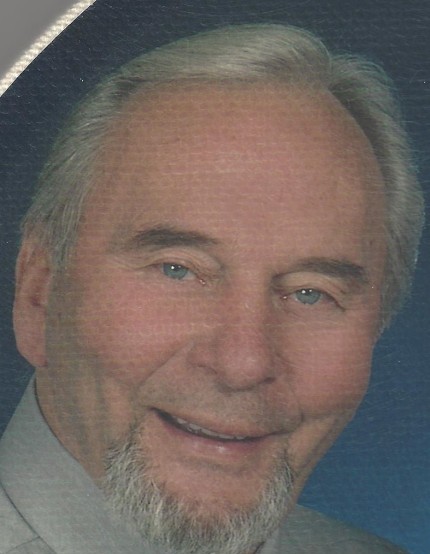 Marvin John Van Mersbergen heard his Heavenly Father say, “Well done, my good and faithful servant” on Friday, April 17, 2020.  He was reunited with his beautiful bride Carol who passed away in 2017.

Marv was born on March 6, 1932 at the family farm in Lynden, Washington to John and Pearl (Stremler) Van Mersbergen.  Marv was a baptized, charter member of Third Christian Reformed Church and graduated from Lynden Christian School.  He served in the United States Army during the Korean War and then returned home to begin farming.  Marv and Carol were married on February 11, 1955 and continued farming with registered Guernseys and Holsteins until their son Mark took over the farm in 1976.  Marv began selling real estate and was involved in many of the first development projects in the city of Lynden.  He continued coming to the farm every morning to help with chores which allowed him to continue to work alongside Mark and develop a strong bond with his three grandchildren.  Marv and Mark started raspberry farming in 1997 and the entire family is still involved in the Berry Industry today.  Marv had the opportunity to travel to China to deliver Bibles and that was one of the highlights of his life and an experience he always treasured.  Marv continued to sell Real Estate until he was 84 and was involved in registered Holsteins and the family Berry operations until his passing.  He spent the last four weeks of his life living at the farm where he was surrounded by family and we are grateful for that precious time we had together.

Marv was a hard worker and was devoted to doing his best in whatever he did.  He loved Jesus and followed Him faithfully and that was evident to those around him.  Because he was involved in so many things, he had the opportunity to meet a lot of people.  He made friends wherever he went, and he left a lasting impact on so many lives.  He was loved by and will be missed by many. Marv was preceded in death by his wife Carol, his brother Lewis, and brother-in-law Ron Timmer. Marv is survived by his son Mark, grandchildren Todd (Jessie), Kerri (James) Helm and Krista (Chad) Maas; great grandchildren Melia Helm, Case Maas, Sawyer Van Mersbergen, Drake Helm, Kenna Maas and Holden Van Mersbergen; brother Sherwin (Carolyn), sister Donna Timmer, and sister-in-law, Dortena Van Mersbergen, along with numerous extended family and friends.

The family thanks Lynden Manor for the care they’ve provided to Marv over the past several years.  He enjoyed the staff and residents and we are grateful to both for their kindness and love.

A private family graveside will be held in Monumenta Cemetery with Pastor Ryan Bajema officiating.  A public memorial service will be planned at a later date.

Memorials may be made to Cascade Christian Services or Lynden Christian Schools.