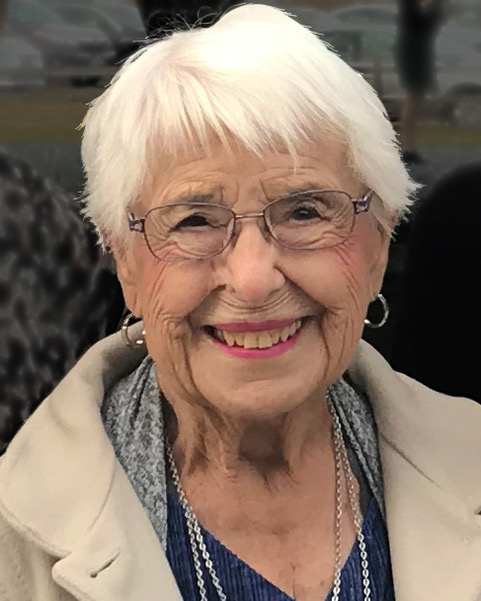 Martha Rosella Wiens Cornelsen Magner was born in Henderson, Nebraska May 24, 1927 to

Anna and Jacob Wiens.  She was the fifth of seven children, five boys and two girls.  They lived on a farm in Henderson, where they all worked and helped out.  However, times got tough and they left Henderson as a family and moved to San Jose, Ca in 1941, she was 14.

She loved hanging out with George and Bob, her two younger brothers.  George and she were very close in age and he was her favorite.  Martha was a tomboy and was most often found wearing overalls as opposed to dresses.  She played shortstop on a boys’ baseball team and was known as “Shorty Weiners”. She was also the only girl newspaper deliverer in San Jose.

She loved to sing, she was the soprano in a trio and sang in the church choir.

She met Jonas Cornelsen at church.  Jonas twenty-four at the time, was a full 10 years older than Martha.  Jonas had heard from the Lord that Martha, fourteen, was the woman he would marry.  He served as a noncombatant in the Army during the war.  Upon his return, on April 11, 1946, they were married.

They settled in San Jose/Sunnyvale where dad and mom worked.  Dick was born in 1947 and Karen in 1950.  Dad built the house they lived in and they both had good jobs.

In 1954, they both decided after much prayer, that they wanted to raise their kids on a farm. So they left their new house and good jobs to move to a 40 acre farm in Ferndale, Washington.  The property had a great barn, land and a small house.  So they left their families in California which was hard for both of their families.  Dan was born in September of 1954.

Martha knew she was where she was supposed to be even though it was hard.  She was not afraid of hard work.  They didn’t have a lot of money, but the children didn’t notice for the most part.

Both Martha and Jonas were completely devoted to following Jesus and raising their family to do likewise.  Their hearts’ desire was to live like Jesus, exhibiting His love to everyone they met.  They volunteered as Youth Leaders at the Birch Bay Mennonite Church, worked with the Gideons distributing Bibles, worked with the Jail Chaplain and came alongside inmates in the Whatcom County Jail. Martha still loved to sing, so she sang in the choir as well as in another trio.

They did well with just being farmers for several years, then had to find work outside of their farm to make ends meet.  Jonas went to work at the Plywood Mill in Bellingham and Martha began working as a secretary in Bellingham for a bit, but eventually went to work for Mobil Oil Corporation as a secretary.  She eventually became the Manager’s secretary.  She retired after working there for 25 years.

Martha and Jonas had built a new house in Ferndale in 1969, the same year her two oldest children married.  It was a very busy year! Dick married Carol Wallace in California, and Karen married Larry Bartell in Ferndale.  Martha and Jonas lived in Ferndale until approximately 1993.  During that time grandchildren were born, Stephanie, Shelly and Jeremy Bartell, and Ryan and Kelly Cornelsen.  Martha spent two weeks with each grandchild and would take off time from work to travel to Florida and to California.

Karen’s husband, Larry passed away suddenly in July of 1980.  Martha and Jonas were tireless in helping in any way they could.  Dan and Patty were married in September of 1981.

Martha and Jonas also travelled a lot during these years. Jonas had begun to show signs of Altzimers and it became apparent that it would be better to downsize.  The Lord provided a wonderful home for Martha at 1220 Northwind Circle in Bellingham, in 1993.  When it became too difficult to care for Jonas at home, he entered an Altzimers Care Center.  Martha and Jonas were married over fifty years.  Jonas passed away January 4, 1997.

Martha lived in her home in Cordata, taking care of finances, details of life, as she always had. One day at church, she was introduced to Merle Magner, Nancy Willert’s father.  They enjoyed each others’ company, courted and married on February 6, 1999. Martha introduced Merle to travel, going to Australia, cruising to Alaska, Indonesia and traveling to China with the Bellingham Chamber of Commerce.  They also travelled to see family on both sides during their life together.

fter almost 20 years of marriage, Merle became ill with pancreatic cancer, passing away in  August of 2018.  Martha became a widow again.  However, she would always say that she has the best husband.  God was right at her side throughout her entire life.

September 7, 2019 -    Martha was able to attend yet another grandchild’s wedding.

Kara Walker and Kelly McKnight were married in Coupeville, WA

Fiercely loved her family unconditionally.
Is loved deeply by her children, grandchildren and great grandchildren.
Loved ‘just watching’ her youngest great grandsons.
Sewed almost all of her and her daughter’s clothes in her younger years.
Crocheted afghans for all of her children and grandchildren
Cooked from scratch and baked wonderful bread, zwieback and pies all her life.
Initiated an annual Christmas “Bingo” game which everyone in the family looks forward to.  It is complete with wrapped Dollar Store “prizes”.
Liked to play Nuscht, a German dice game.
And her friend, Gloria Balzer, (who preceded her) memorized 2 scripture verses per week  for at least 30 years.
Her Bible, replete with notes and worn pages, was used daily.
Her prayers here for her family and friends will be desperately missed

To order memorial trees or send flowers to the family in memory of Martha Rosella Magner, please visit our flower store.
Send a Sympathy Card