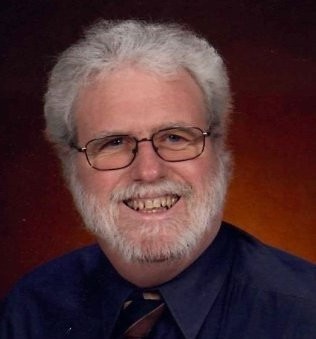 Some people live life; others actively embrace it with compassion, strength and humor. Mark O’Deady was one of those. Sadly, Mark passed away suddenly on Thursday, April 2, 2020 in Bellingham, Washington and the world lost one of the good guys. He was a wise 63.

Born in Dublin, California on May 4, 1956 to Harold and Donna Deady, Mark grew up in San Jose when the smell of orange groves still filled the air and Silicon Valley hadn’t bloomed yet. A fourth-generation native Californian, Mark was active in Scouting and achieved the rank of Eagle Scout. He graduated from Lynbrook High School in 1973 and San Jose State University in 1977 with majors in political science and journalism/advertising. After a tenure in ad sales for the San Jose Mercury News, Mark worked for a time as advertising manager of Suburban Newspapers, a chain of community papers in the Bay Area, He then ventured out on his own, forming an ad agency first with a partner, then operating as O’Deady & Associates after legally changing his name from Deady to the original O’Deady, a distinction dropped by his great-grandfather when being Irish was a liability.

He got married and had a daughter, Moira. The marriage didn’t last. The relationship with his daughter did. Moira remembers her father as always being there for her. “He was a safe place for me,” she remembered. “All the time.”

When the orange groves gave way to silicon, it wasn’t too long before Mark found himself collaborating with an old friend on a successful startup, Digital RF Solutions. About the same time he met his soulmate, Peggy Watt, a journalist with a dad in advertising. After a frenzied nine-year courtship, they married in 1997. With Mark hooked on startups, the couple remained in the Bay Area until 2004 when Peggy was offered a teaching position at Western Washington University in Bellingham, Washington, her home state. The couple made Bellingham their full-time home a few years later.

The O’Deady-Watt holiday was All Werewolves Day, celebrated on a full moon in the summer, and was created to forge a new identity as a blended family. The first All Werewolves Day took place in 1989, and over the years occurred in California, Florida and Washington. Mark presided at the BBQ, basting ribs; the event featured wolf- and moon-related music, trivia, feasting, visiting and -- of course -- howling.

Equipped with a sharp wit, keen marketing sense, and patience mixed with enthusiastic support, Mark operated the Fast Forward Strategy Group as a consultant to startups. He worked with clients in Washington and California, Texas and Arizona, racking up scores of frequent flyer miles often used to visit parents, sisters and extended family in Florida, and his daughter’s family in Northern California.

With his white hair, beard, sparkling Irish eyes and ever-present stuffed sidekick, T.W. Rabbit, Mark left a lasting impression with just about everyone he met. Neither his politics nor his religious beliefs kept him from enjoying a healthy debate or offering an encouraging word. His profound empathy for those who struggled with life was an inspiration to countless friends and business associates.

An active member of the Democratic Party, Mark worked on several campaigns in California and Washington. His first campaign was as a high school student working for California Assemblyman John Vasconcellos. He was a longtime member of New Community of Faith Church in San Jose, serving several times on the board of deacons, and he attended the First Congregational Church in Bellingham where he was a frequent liturgist.

He leaves behind his loving alpha mate, Peggy; his dear sisters, Lynnette and Deidra Deady of Florida who will miss his infectious laugh and unwavering support; his daughter, Moira O’Deady Darone and spouse Gabrielle, and grandchildren, Spencer Glenn and Avery Jude of San Leandro, California who will miss their Dampoo; a loving extended family, a cadre of close friends and too-many-to-count acquaintances.

A celebration of Mark’s extraordinary life will be held when, once again, we are allowed to freely move around the country. Until then, howl loudly at the next full moon. He would want you to.

Memorial contributions may be made to the Wolf Haven shelter (https://wolfhaven.org/); the First Amendment Forever Fund, Society of Professional Journalists (https://www.spj.org/firstamendmentforever.asp); or KNKX – NPR affiliate radio in Seattle/Tacoma (https://www.knkx.org/). Also, the family encourages friends to donate blood when it is safe to do so, to a local blood bank. Mark was a regular blood donor for decades.

Condolences and words of support may be sent to peggy <at> odeady.com.

To order memorial trees or send flowers to the family in memory of Mark Alan O'Deady, please visit our flower store.
Send a Sympathy Card