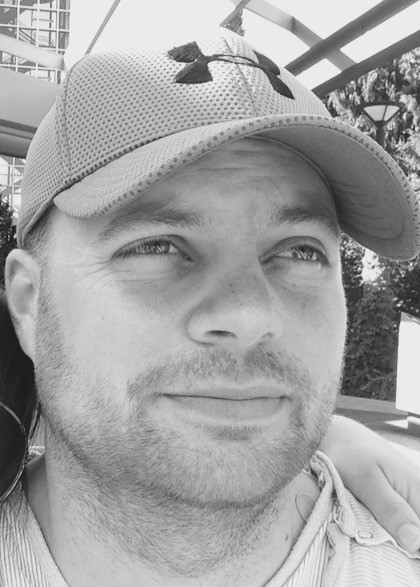 On Sunday December 20, 2015 we all lost a truly amazing man. Mark Curtis Huisman, age 34 of Everson, WA put up an incredible fight for nearly three years against cancer. In this time he continued to live, work and travel right up to the end with his family and friends by his side. He never gave up or lost his lust for life and continued to make unforgettable memories that will be treasured for years to come. Mark was born in Mount Vernon, WA on April 5, 1981. He attended Nooksack Valley High School where he met his wife Cassondra Huisman. They were married on April 20, 2001 and have lived in their Everson home ever since. They shared a beautiful eventful life together filled with laughter, adventure and love. Most of all they shared their love for their unyielding relationships with their friends and family throughout the years. The amount of support and love they all expressed throughout Mark's diagnosis and battle was above all else.

Mark worked for Scholten's Equipment for more than 10 years.  He worked in the Burlington office for several years and then transferred to the Lynden branch where he was employed until his passing. He absolutely loved his job and all his coworkers. He spoke fondly of everyone and could not express enough how grateful he was for how understanding and supportive they were as he went through his hardship. He could not have asked for more. Mark is survived by his wife Cassondra Huisman, his mother Rita Huisman, his father Curt Huisman, his brother Michael Huisman, his brother in law and good friend Jim Lee, his best friend Travis Siebol and his endless list of devoted friends and family who were all there for him throughout his journey.

To order memorial trees or send flowers to the family in memory of Mark Curtis Huisman, please visit our flower store.
Send a Sympathy Card