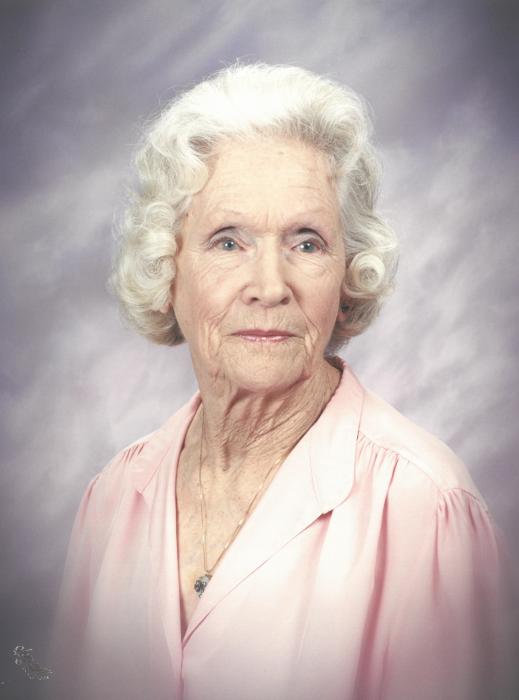 Mikki was born March 26, 1916 in Wilkesbarre, PA to Harry and Rose Jones. The family moved west in 1922, eventually settling in Bellingham. She attended local schools, including Whatcom High School, but was forced to leave due to the Depression, joining the work force at Pacific Coast Paper Mill.

On July 10, 1941, Mikki married Russell Mehus in Kodiak, AK, where he was working as a Civilian Contractor at the Navy Base. At the onset of WWII she was sent home to await his return. They set up housekeeping in North Bellingham, then moved to the Fairhaven/Happy Valley area in 1956. In 1973 they retired to Winthrop, in the beautiful Methow Valley, where she remained until 2013, ultimately moving to Lynden to be near more family.

Mikki was a homemaker most of her married life and raised four children. She was active in church wherever she lived as Sunday School teacher, in positions of leadership, and always, always as a member of the choir. She extended her love of music as a member of the Bellingham Sweet Adelines for many years. She also loved to garden so, as a result, her yards always boasted the most beautiful plantings and flower beds in the neighborhood. She mowed her own lawn until the age of 95 and puttered and weeded for several years more. She also read every book she could get her hands on until her eyesight failed.

Special thanks for four and a half years of loving care go to Lannea Riggs, Stephanie Everidge, and Elizabeth Solar and, in her final days, the staff of Christian Health Care Center.

To order memorial trees or send flowers to the family in memory of Marjorie "Mikki" May Mehus, please visit our flower store.
Send a Sympathy Card