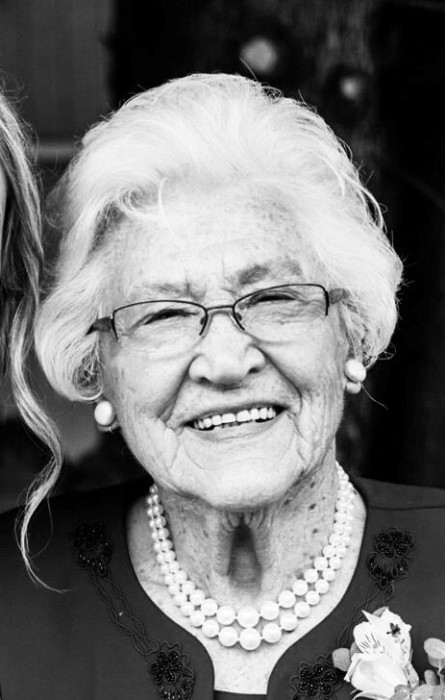 In 1950, Marina Timmermans and her husband traveled by ship to the United States as immigrants from Holland with a home and job promised to them by a sponsor when they landed. But when they arrived, they found the home uninhabitable and the job not what was promised. With no ability to speak English, little money, and no home initially, they spent their first night in a train station.

This was just one of many experiences in the full life of Marina Adriana (Nyssen) Timmermans. She was born in Kattenddijke, Holland on December 16th, 1925 and went home to be with the Lord on August 12th, 2020, in her home in Lynden, WA, as she had hoped. She grew up in a large family and experienced the German occupation during WWII, being forced to house German soldiers. She married Simon Timmermans on September 23rd, 1949. And then one year later, they made the journey to America.

After working jobs, saving money and surviving on peanut butter and tomatoes for a year, they traveled to and eventually settled in Custer and Lynden, WA. They were dairy farmers for over 30 years. During those years, she enjoyed working very hard on the family farm and as a resident assistant in the rest home.

Though life was sometimes difficult, she had a very positive and persistent attitude, never complained, and taught her kids to live the same way. She was active in the political world and the missionaries she supported were very important to her.  She was frugal and saved everything, yet was kind and helped others. She was also a woman from whom you could get wise counsel.

She had many interests. She loved making flower arrangements and was an excellent seamstress. She also loved gardening and canning, often insisting that company take some of her produce home.

In her last few weeks, what occupied her attention was family and the Lord, ultimately having her sights set solely on seeing the Lord. She cared deeply about the people she was leaving. She is a wonderful person and will be greatly missed.

To order memorial trees or send flowers to the family in memory of Marina Timmermans, please visit our flower store.
Send a Sympathy Card