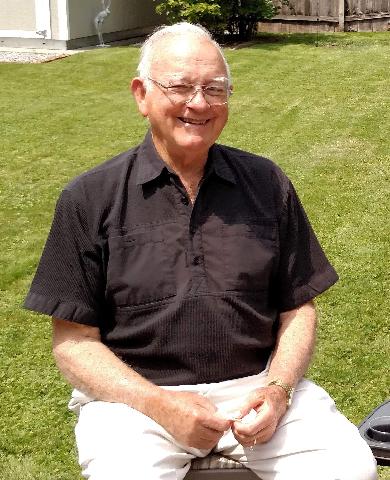 Lyle Burton Leavitt, age 86, passed away on Friday, October 30, 2020.   He was born July 2, 1934 in Port Townsend, Washington to Frances and Harvey Leavitt.  He retired from Georgia Pacific after 34 years of faithful employment.

In the early 50’s Lyle served his country honorably in the United States Army and made the rank of Sergeant, 45 Div Korea 189th FA, 1951-52, then as a Field Wireman, Infantry Communications Specialist 1953-54.  He traveled throughout the years to Oklahoma for reunions with his military friends.  In his years of service, he received the Korean Service Medal, 2 Bronze Service Stars, United Nations Service Medal and a National Defense Service Medal among others.  In later years, he gave back at his local American Legion Post 7 and was a member of the honor guard right up until the last few months of his life.  Lyle also supported the Salvation Army and rang the bells for them every Christmas.

Lyle built three beautiful homes complete with landscaping.  His first home on Lakeway was featured in the Bellingham Herald for his landscaping talents.  He also helped his son Bret build a home in Sudden Valley.  While his talents were many, so were his opinions.  Anyone familiar with him knew you were in for a lively conversation and lots of laughter.  He always filled the room, and family gatherings will never be the same.  We will all miss him dearly.

Private graveside service with military honors at Greenacres Cemetery is planned.   Memorials may be made to Whatcom Hospice, 2800 Douglas Ave., Bellingham, WA 98225.

To order memorial trees or send flowers to the family in memory of Lyle Burton Leavitt, please visit our flower store.