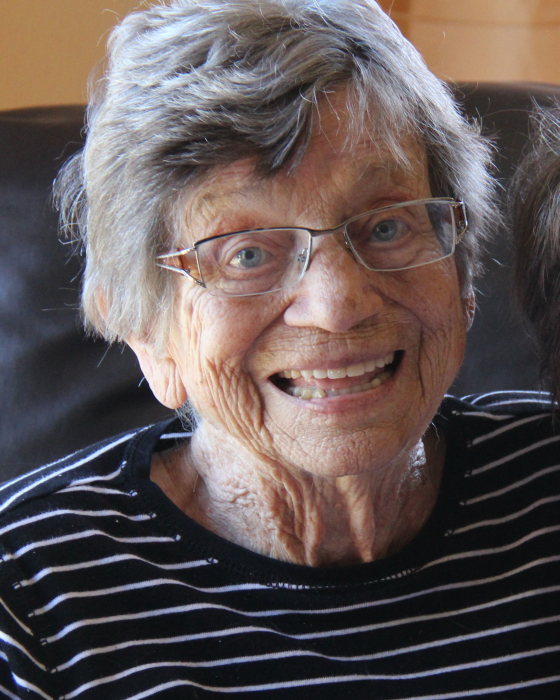 Lucia Jean Edwards Barker passed away peacefully on December 6, 2020 in Lynden, WA at the age of 91. The countless people she touched throughout her lifetime will remember her sparkling personality and spirit of encouragement.

Lucia was born on November 7, 1929 in San Angelo, Texas but was raised in Southern California. Lucia had a life-long love of the ocean and beach. Throughout her life she could always be found living near the water whether it be her childhood home on Laguna Beach in California, her early musical jobs in San Francisco and Honolulu, her years as co-owner of Washington Boat Center in Seattle with her husband, Bruce Barker, or the many decades she lived in Corona del Mar, California. Family beach parties, backpacking on the Olympic Peninsula, boating vacations in Puget Sound, and long walks along the ocean bluffs all united her love of the ocean.

Lucia’s long life interwove a career as a music teacher and music therapist, with writing magazine articles and two book manuscripts, co-owner of Washington Boat Center on Lake Union in Seattle, ESL teacher, and numerous volunteer associations with art museums, playhouses, and nautical museums. Lucia had a seemingly limitless amount energy and poured herself into her interests, but the thing she will be remembered for most was the overwhelmingly positive way she affected people.

Lucia was an encourager. When you were with her, you believed in yourself, and found that the impossible became possible. She was silly, and joyful, and often outrageous. She believed in everyone’s potential and often backed that up by opening her home. Countless people were invited to live in her home while rebuilding or transitioning their lives. But, you didn’t have to live with Lucia to be affected by her limitless belief that you are valuable. This party girl taught us to celebrate and laugh, to encourage one another, to follow our dreams, and always take time to play. She was devoted to her family, but you didn’t have to be related to her to be family.

She was preceded in death by her father and mother, Everett C. and Eleanor Everest Edwards, her sister and brother-in-law Arley Edwards Cadenhead and C. Patrick Cadenhead, her brother Thomas Edwards, and her nephew Andrew Cadenhead.

The family would like to express their appreciation for the excellent care provided by the Darla Laughlin and the staff at Lakeside Gardens Adult Family Home where Lucia lived for the last six and a half years. This beautiful house with its waterfront location on Wiser Lake was truly her home and everyone associated with Lakeside Gardens she soon counted among her family.

No services will be held at this time. Lucia will be interred in the family plot at Olivewood Cemetery in Riverside California near her parents, sister, and brother. A celebration of life will be held for family and friends after Coronavirus travel restrictions have been lifted.

Memorials may be sent to the American Red Cross, www.redcross.org

To order memorial trees or send flowers to the family in memory of Lucia Jean Edwards Barker, please visit our flower store.
Send a Sympathy Card