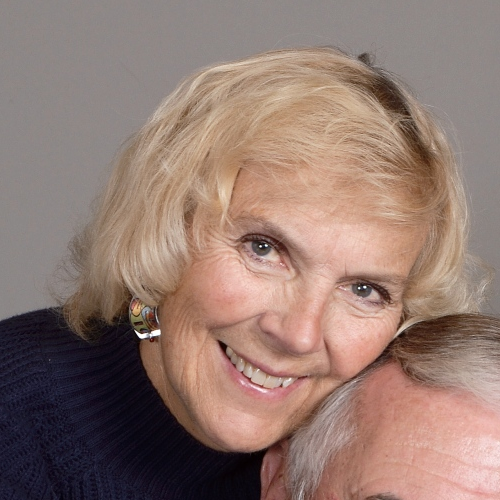 Louise Sygitowicz, age 75, of Bellingham, WA, passed away peacefully surrounded by her family at home Wednesday, October 20, 2021, after a brief battle with melanoma (skin cancer).

Born in Butte, MT to Mel and Sarah ("Sally") Bremer in 1946, Louise spent her early years in Sturgis, SD until the family moved to Whatcom County where she spent the rest of her life. After they graduated from Mount Baker High School, she married her high school sweetheart and love of her life, Bill Sygitowicz. They were married over 56 years and had two children, Dan and Mikyn.

Louise made friends wherever she went. Working for decades at Georgia-Pacific resulted in a beloved community of friends who remained close to her until her death. Raised as a Lutheran pastor's kid, she and Bill later became members of First Presbyterian Church in Bellingham, another network of dear friends. Neighbors on Academy hill were an extended family, and Louise's calendar was always full of gatherings with those she loved. (Did we mention she loved people?) Louise was one of those unique people who upon entering a room made it better for everyone.

Louise was a playful, loving, and dedicated mom to her children, and was devoted to her three cherished grandchildren. Faith, family, and friends were central to Louise, and she delighted in all those around her. Louise took joy in creativity and relationships, and when she wasn’t filling her home with laughter and parties, she could be found in her craft room working on a new project or more likely at a coffee shop with friends. As she said after her own mother's death, "She is dancing with Jesus now." We will miss her greatly.

Louise was preceded in death by her parents. She is survived by her husband Bill, her sister Carolyn Julin, her children Dan (Kelly) and Mikyn; her grandchildren Carson, Chloe, and Ashby; and her many much-loved cousins, nieces and nephew.

In lieu of flowers, please consider a donation in Louise’s name to Lydia Place or Whatcom Hospice. Per her wishes, a celebration of her life will be held at a later date to be determined. To that end, her family invites you to please send your memories, stories, and photos of Louise to SygMemories@gmail.com.

To order memorial trees or send flowers to the family in memory of Louise Sygitowicz, please visit our flower store.