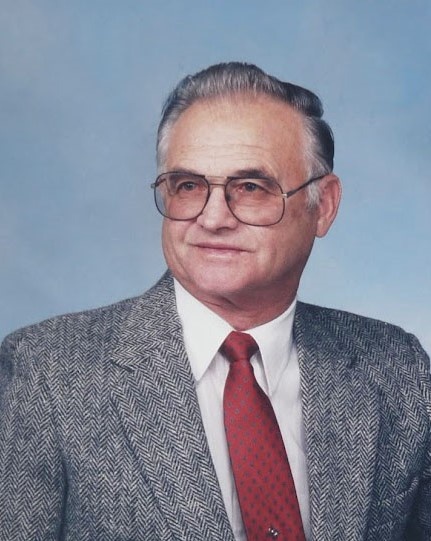 Louis Yost was welcomed into the arms of his Heavenly Father on September 27, 2021 at the age of 95. He was born in Billings, Montana to Bill and Katy Yost on May 20, 1926. Louis grew up on a ranch in Billings, raising and showing champion cattle and Tennesee Walking Horses. It was there, in 1950, that he met and married the love of his life, Doris, of 68 years. Together they raised four sons, Daniel (Eileen), Andrew (Cheryl), David (Rongi) and Paul (Kay). He graduated from Montana Institute of the Bible in 1956 and later Seattle Pacific College. Louis served as a pastor for 28 years, with Doris at as side, first at Christ's Bible Church in Hamilton, Montana, then Mossyrock Community Church, Mossyrock, Washington and Rome Community Bible Church, Bellingham, Washington before retiring. Louis was completely dedicated to the Lord and to serving Him. He set such a good example for his sons and for his grandchildren, raising them to love the Lord, being ever supportive and showing great interest in all of their activities. He never lost interest in raising livestock and planting gardens and passed that knowledge on to his family.   Louis was preceded in death by his wife, Doris, his parents, his brother, Don, and his sister Miriam Yost Maio. He is survived by his four sons, 18 grandchildren and 15 great-grandchildren. Private family interment will be held at Greenacres Cemetery on Wednesday, October 6, 2021. A celebration of life will be held for Louis at a later time.

To order memorial trees or send flowers to the family in memory of Louis William Yost, please visit our flower store.