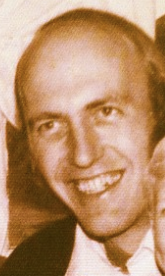 Loren Harold Bailey, Jr., 76, of Ferndale passed away in Bellingham on 21 June 2017. He died from pancreatic cancer. He was born on 9 May 1941 in Mount Vernon, Washington to the late Loren Harold Bailey, Sr. and Elinor Ingeborg Bailey (née Johnson).
Loren grew up on his grandparents' homestead north of Ferndale. He was active in athletics at Ferndale High School and graduated in 1959. He received a BA in International Business from the University of Washington in 1963. After serving in the Peace Corps in the Dominican Republic, he worked for the Office of Economic Opportunity in rural Maine.
In 1969 Loren hiked the Appalachian Trail and during that trek he happened upon the Woodstock Festival. He joined the staff, and was placed in charge of the water crew. At the end of his journey Loren camped and fasted for 37 days; during this time he decided to returned to the family farm and raise produce, but without the use of pesticides or chemical fertilizers. He founded Evergreen Station alongside his brother Edwin Bailey in 1971. They were among Whatcom County's earliest adopters of organic farming principles.
In 1974 Loren traveled to New York City where he was hired to do kitchen prep work at The Bottom Line nightclub. Within a month, he became general manager. Later that year, he married Marti Minter and in 1975 they returned to the farm with her young son "Daren." They had two children, Jed in 1976 and Kate in 1978.
In 1982 the family traveled to Guatemala where they lived for one year. They then moved to Daytona Beach, Florida where he renovated the rental apartments which they owned and managed. After a couple years, he started spending the growing season in Ferndale raising a variety of vegetables. Loren and family sold at various outlets including their farm stand on Enterprise Road and at the Bellingham Farmers Market starting from its first year in 1992.
Growing food was his passion and Loren farmed through the last years of his life. Other interests included astrology, photography, rockhounding, cooking and preserving, and keeping up with sports and current events.
Loren is survived by wife Marti Minter Bailey and children Jed Minter Bailey of Ferndale, Kate Marie Bailey of Seattle, stepson Darius Robert Ruedi of Daytona Beach, Florida, sister Susan Wright of Ferndale, and brother Edwin Bailey of Tuscon, Arizona.
A private memorial will be held on Saturday, August 5th; contact jedbailey@comcast.net for details.

To order memorial trees or send flowers to the family in memory of Loren Harold Bailey, Jr., please visit our flower store.