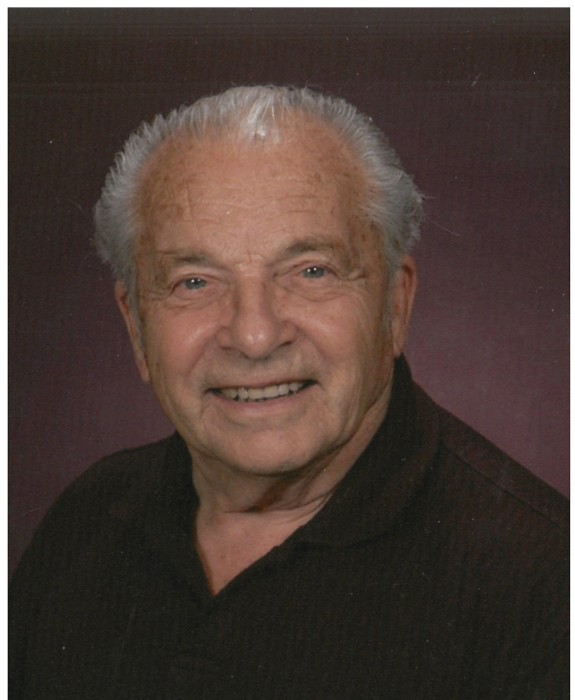 Born to immigrant parents, Lloyd Otto Orluske was the youngest of 8 children. He was born on July 7, 1922 and died on April 25, 2019 at age 96 of Parkinson’s Disease.  His mother Anna Paulina Lockner came to this country from Germany at age 17.  His father Friedrick Wilhelm Orlowski arrived on US soil from Poland at age 3.  They met and married in Lakefield, Minnesota and made it their lifelong home. Lloyd was nicknamed “Joe” by a navy buddy while he served in the US Navy during WWII.  He was sent to Texas A&M to study radar, then to Corpus Christi for advanced radar training.  He was assigned a squadron and served in Guam, Hawaii and Eniwetok maintaining the radar equipment on the Liberator planes.  He retired ART 1st class in Dec. 1945. Two of his brothers also served in the war, Alan in Gen. Patton’s Army tank corps in Italy and Clarence served in the Marines and died fighting at Iwo Jima. Toward the end of the war, Joe had earned enough points to return stateside and chose Washington.  He was stationed at Ault Field and while on leave he traveled to Bellingham and met a girl named Mary Lou Colby.  It was love at first sight and they were married May 26, 1946.  Two girls were born to them: Mary Jo (Larry) Oltmann and Pauline (Polly) (Chris) George. He worked at Diehl Motor Ford Garage for 10 years and Foss Tug and Barge; making trips to Alaska pulling log booms.  He survived two falls into deep, dangerous waters while walking the logs. He later enrolled in the education program at WW College and received a Bachelor of Science.  After graduation he accepted a teaching position in Ferndale, Washington and taught 5th   and 6th grades until he retired. He built a house for his family having learned carpentry skills from his father.  He also built an 18’ cabin cruiser which he and his family enjoyed, cruising the San Juan Islands.  Later in their retirement years they bought and renovated several homes and condos. Joe and Mary Lou enjoyed much traveling including a cruise of the Panama Canal to celebrate their 50th anniversary.  They lived a happy life for 72 years.  He was a wonderful husband and father and we are content that he is safe and well in heaven. He is survived by his wife and two daughters, five grandchildren: Marla Tyree, Kelli (Craig) Cox, Maranatha (Nathan) Campbell, Elizabeth (Joel) Perry, Nathan Colby George, and nine great grandchildren: Madison and Annalee Cox, Phillip, Thomas and Alice Perry, Quin, Zadok, Petra and Willian Campbell. Private family services with Military Honors will be held at Bayview Cemetery.

To order memorial trees or send flowers to the family in memory of Lloyd Otto Orluske, please visit our flower store.