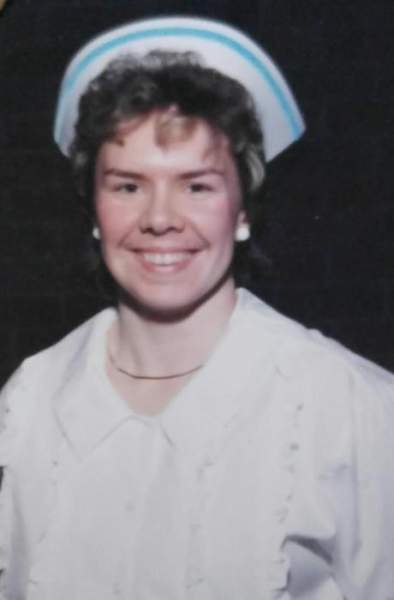 After a valiant fight with cancer Linda Louise Lloyd, age 58, of Bellingham, Washington, left this world to join her son Phillip, other family members and friends in heaven.  She was surrounded by her loving family and friends until the very end. Linda was born on February 7th, 1958, in Fayetteville, North Carolina to George and Dolores Train.  They returned to Ferndale, Washington when she was 6 months old.  In 1969 they moved to Frederick, Maryland for 5 years.  Linda and her family returned to Ferndale in 1974 where she graduated from Ferndale High School in 1976. Linda married the love of her life, Steve Lloyd and on December 23rd they celebrated their 40th Wedding Anniversary.  After having her family, Linda continued her education at Bellingham Technical College where she received her degree as a Licensed Practical Nurse.  She loyally served her community while working at North Sound Family Medicine.  Linda enjoyed her 30 year nursing career with the staff and doctors, spending 20 of those years working closely with Dr. Ying Wu.  As a teenager, Linda was a Girl Scout in Braddock Heights, Maryland. Much of what she learned there, she carried into her life. Leave a place cleaner than you found it, share and be kind. Linda was a culinary expert, enjoyed music, hiking, storm watching and spying the ever changing sky with its magnificent colors. Linda’s life was spent caring for others; she was hard working, practical, a problem solver and always “got er done.” She was a wife, mom, grandma, daughter, sister, niece, aunt and always a friend.

Linda is survived by her husband Steve Lloyd, her parents George and Dolores Train of Ferndale, her sisters Joyce Snook and Liz Miller and brother-in-law Guy, her son Matt Lloyd and his wife Tia, grandchildren Dakota and Montana. Her mother-in-law Darlene Lloyd, her sister and brother-in-law’s and their spouses, numerous aunts, uncles, cousins, nieces, nephews, friends and her life-long friend Deedee Luttrell.  The family would like to thank Dr. Ying Wu for all of his support during Linda’s nursing career and especially during her courageous battle with cancer. The family would like to extend an invitation to come and Celebrate Linda’s Life Saturday, February 4th, 2017 at 11:00 a.m. at Bellingham Covenant Church, 1530 E. Bakerview Road, Bellingham, Washington 98226.  In memory of Linda, please consider donations to Whatcom Hospice House c/o Whatcom Hospice Foundation at Whatcomhospice.org.

To order memorial trees or send flowers to the family in memory of Linda Louise Lloyd, please visit our flower store.