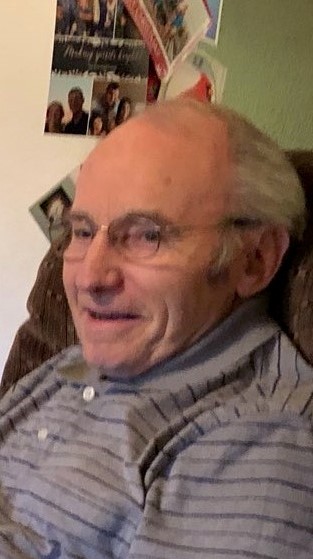 Leo Dale Cornelsen, age 78, went home to be with his Lord and Savior Jesus Christ on February 24, after suffering a stroke.

Leo was born to the parents, Herb and Tillie Cornelsen, on October 18, 1942 in Balko, Oklahoma. In the first grade, Leo learned English; his 1st language was German.  The family moved from Oklahoma to Bakersfield, California, and then to Blaine, Washington.  In 1949, the family settled on a dairy farm at Whitehorn, present site of ARCO/BP Oil Refinery.  In 1960, he graduated from Blaine High School and in 1964 from Tabor College in Hillsboro, Kansas with a B.A. in History, Sociology, and a Secondary Education teaching certificate.  While working on the Jensen Strawberry field near Lynden as a teenager, Leo accepted Jesus Christ as his Lord and Savior, because he knew it was written in the Bible that without Jesus in control of his life, he could not go to heaven when he passes out of this life.  In 1964-66 Leo was a volunteer teacher to the American School of Leopoldville, Republic of Congo Africa.  This was a turbulent period of history in the Congo shortly after having received their independence from Belgium.  The school was located in one of two cities, which were still free of armed rebels who controlled the rest of the country.  1967-68 Leo volunteered for the draft and requested assignment in the US Army to Vietnam.  He wanted to help the Vietnamese people in their struggle for freedom.  Leo became the unit’s designated liaison officer to take extra food and household goods to a local children’s orphanage.   Whenever possible, he would teach free English lessons once a week at night in a Christian Missionary Alliance Church, and Sunday mornings he assisted a Vietnamese Christian Baptist Church with their music program.  In 1973, Leo married Janis Wiederspohn and two children were born, Nathan and Marla.  Leo worked 15 years with his father building custom home and farm buildings in Whatcom County. His parents left him a godly example from the Bible and taught him how to work with honesty, integrity, and to be faithful in his commitments to others.  Leo retired in 2004, after working 19 years as an operator at ARCO/BP Cherry Point Oil Refinery.

Leo and his wife, Jan, enjoyed a tract/packet Gospel ministry to reach others for Jesus Christ.  His passion was to live a life consistent with the Words of God in the Bible.  He resolved to discipline himself in prayer and reading of the Bible. He read many books about Christians in overseas missionary work who gave their lives telling others about Jesus Christ.  His goal in life was to live such a Christ-centered life that others would see Jesus through him.  He had raised many family dogs, all of which were protective: Pepper, Selah, Vanna, Chika, Misha, Lacey, Bosco, Cocoa, Ona.  Leo was preceded in death by his parents, Herb and Tillie Cornelsen, and brother Wayne Cornelsen.  Survivors include his wife Janis, son Nathan (Melissa) Cornelsen, daughter Marla, brother Gene (Shirley) Cornelsen, three grandchildren, Kayleigh, Judah and Laylah (Nathan & Melissa) and several nieces, nephews and other relatives.  Leo’s motto for life, which he memorized while attending Tabor College, was written by Henry Drummond: “I expect to pass through this world but once; any good, therefore, that I can do, or any kindness that I can show to my fellow beings, let me do it now; let me not defer it nor neglect it, for I shall not pass this way again. Memorials may be made to Northwest Baptist Church and Whatcom Hospice House.

Our life will soon be past, only what is done for Jesus Christ will last

To order memorial trees or send flowers to the family in memory of Leo Dale Cornelsen, please visit our flower store.
Send a Sympathy Card