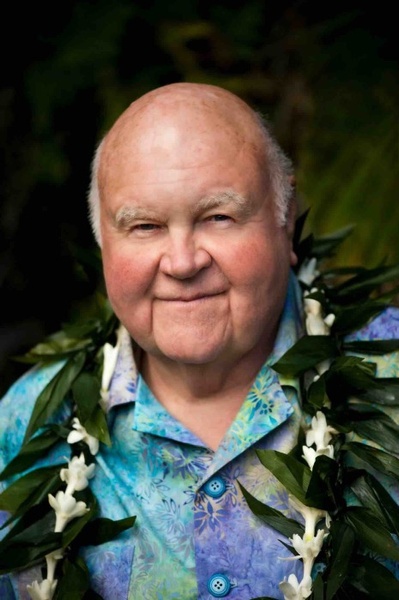 That fraction of the Lennon family who settled in Tumwater has ended with the passage of Kenneth Lennon recently. Our home site at 2nd and “D” commanded a magnificent view of Mt. Rainier. The entire block was purchased by my grandfather, John Aarde of Tenino. Salvages of materials from the school were used to construct our family home at the corner and a second home built by my uncle, Clifford. My parents Joseph C and Margaret A and my siblings, Joseph and Jolene, are interned at the Odd-fellows Cemetery in Elma, WA. I will join them in Elma to complete our family. If you lived in Tumwater in the early fifties and subscribed to the Daily Olympian I delivered your newspaper. At one time or another I had every route in Tumwater. I treasured the opportunity to get a full education which started at Olympia High School (1956), Centralia Junior College (1960), Western Washington College (1963) and the University of Hawaii (1972). At Western I met Gwen Lockhart who I married in 1964. We lived our 46 years of marriage in Honolulu and northern California before returning to Bellingham which was Gwen’s hometown. We shared many experiences together including: Death Valley (several times); Utah (Canyon Lands); Japan (Mt. Fuji climb), Antarctica (cruise) as well as many backpacking excursions into the Sierra Nevada mountains. After Gwen’s passing in 2011 I decided that living alone wasn’t in the cards so I remarried Ariel, my new partner in life in 2012. The outgrowth of my time in Hawaii offered me the opportunity to work in volcanology on the Big Island. A highlight there was night-time studies in a crater named Makaopuhi while it was erupting. The most fulfilled aspect of my scientific career was the offer to work on lunar samples at Ames Research Center in Mountain View, California. I worked on soil samples from Apollo 11, 12, 14 and 15. The primary focus was determining the geochemistry of carbon and sulfur from some of these missions. Because the moon is comprised in part by meteorite sources, we also included samples of the meteorites Murchison, Allende as well as pre-caprian Canadaia shield basalts. At that time the Canadian basalts were the oldest known rocks on Earth at 3.8 billion years of age. I became intrigued by the power of the sun and to that end entered into a partnership with others in a solar thermal energy company in northern California. We earned a certain amount of respect in the industry with our work if not a great deal of financial gain. The main focus being that we were actively doing something to improve our planet. During Graduate School at the University of Hawaii I started a recycling program that evolved into the program they have today on Oahu. Upon returning to northwest Washington Solar Thermal Energy is not exactly a viable concern. I am proud to say that our home in Bellingham hosts one of the larger residential arrays with 44 photovoltaic panels. I even instructed Ariel to research the best, most cost effective all electric car for us to use on local trips (I decided on the Leaf). (One of our conversations in September of this year was about the announcement by Elon Musk (Tesla motor car fame) of the new Powerwall. Ariel was instructed to reserve two units, with equal capacity (11 kWh) of the system on Dana Street ) After retirement and return to Bellingham Gwen and I took several lengthy cruises, the last one was to South America and the Antarctic; it took her away from me. She died in Buenos Aires. Ariel and I continued our enjoyment of travel via motor home. We went to Burning Man every August and plied the roads for interesting things on our circuitous routes to and from. It was through Burning Man that I met Ariel and many new friends that have become very dear to us; if you haven’t been, have an open mind and are not afraid of dust you should give it a try. We visited Fiji, New Zealand, Australia, New York City, Hawaii several times, Texas and finally Iceland. A Memorial Service celebrating Ken’s life was held on Friday, December 11, 2015 at Christ Lutheran Church, Ferndale, WA; officiated by Pastor Jana Schofield, who became a trusted friend and guide. Many happy memories to childhood friends: Mike Christian, Jerry Bjork, Dennis O’Hare and cousin, LoAnn Bennett, thank you and all my friends in between for a wonderful life.

To order memorial trees or send flowers to the family in memory of Kenneth Dale Lennon, please visit our flower store.