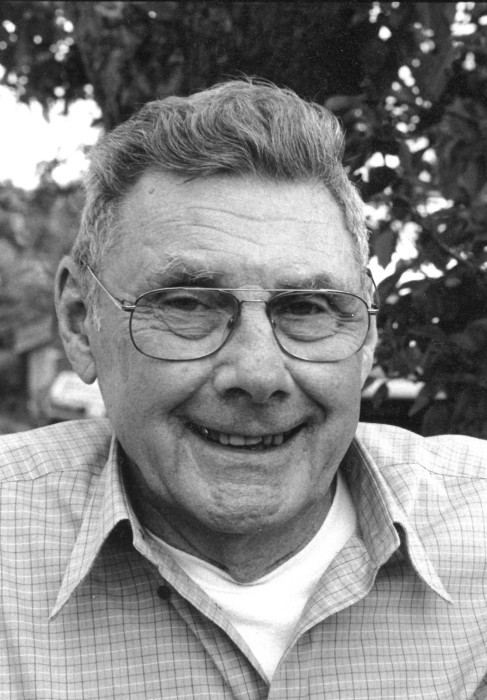 Kenneth Harold Reimers, was born September 27, 1924 and passed peacefully on December 2, 2019 at the age of 95. Ken was born in Victoria B.C. and lived in Britannia Beach BC until he was 5. His family moved to Bellingham in 1929, where he graduated from Bellingham High School in 1942.  Ken was truly part of the Greatest Generation and enlisted in the U.S. Navy to serve in World War II. He was deployed to the South Pacific in a Navy scouting squadron where he served 4 years which were the highlight of his life. Until the end he proudly wore his Navy hat and loved sharing his experiences of the war with anyone who was interested. Upon returning to Bellingham he united in marriage to Colleen Cantrell Reimers and bought their first house on South Hill in Fairhaven. They enjoyed 68 years of marriage and raising two sons. Ken joined the Bellingham Fire Department in 1948 and retired in 1978 as Captain. Ken spent most his career at Station 2 (now Firehouse Arts & Events Center) just down the street from his home in Fairhaven.  Dad was always the prankster of his crew, earning the nickname ‘Spook,’ and the guys soon learned to keep an eye on him. On an interior wall of the station, he hand painted a detailed street map of the station’s territory which remains there today. Ken loved the outdoors. If the family wasn’t camping on the Washington Coast, Ken was fly fishing for rainbows at Chopaka Lake, or hunting on Chuckanut and Blanchard Mountains for that elusive 4 point buck. His expert skills extended to avid steelhead fishing on the Nooksack, Samish, and Skagit Rivers, and duck hunting all over the county with his sons and the family Chesapeake. If anyone asked Ken where his favorite fishing hole was or what areas he was hunting he would just say “east of I-5.” Ken loved his home and his yard, planting native shrubs, trees, and his beloved vegetable garden.

Ken is survived by his sons Rick (Jill) Reimers and Rob (Donna) Reimers; 3 grandchildren Kristen Reimers, Lindsay (Josh) Nowakowski, Austin (finance Ashlie) Reimers; and 2 great grandchildren Dilyn and Mason. Ken was preceded in death by his wife Colleen and his older brother Norman. The family would like to thank Visiting Angels and Highland Nursing Home for the loving, attentive care they provided Dad. A private graveside service with Military Honors will be held at Greenacres Cemetery where Ken and Colleen will be laid to rest together. To honor Ken, the family will have an informal Coffee Hour Thursday, January 9, 2020, 9:30 AM at the Firehouse Coffee House, 14th and Harris Ave. in Fairhaven. Anyone who would like to share or hear stories about Ken and his mischievous pranks are welcome to attend.

To order memorial trees or send flowers to the family in memory of Kenneth "Ken" Harold Reimers, please visit our flower store.