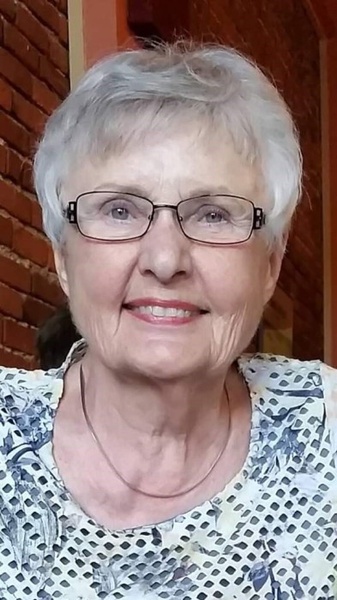 Karen Jackson (Carstens) passed away January 24, 2020 at the age of 83 years. She was born in Spokane, Washington and was the only child of Erwin (Erv) and Elise Carstens.

Karen grew up in idyllic surroundings of a close-knit family and neighborhood on Glass Avenue in Spokane. During her childhood, she was a classic tomboy enjoying rough and tumble sports such as baseball, football, and fishing with her dad. As a teen, she enjoyed boating, waterskiing, and swimming. In high school, she was a charter member of the aquatic club. Reading was also a passion. One summer, she read Gone with the Wind in her little skiff on Glengary Bay at Lake Pend Oreille, Idaho. She read the entire novel with the book across her lap, a foot on the tiller, and a fishing rod out the side. Her family’s cabin at the lake made many wonderful memories.

In 1959, she moved to North Hollywood, California where she met her husband-to-be, Harold (Hal) Jackson. She was washing her car and he brought her an SOS pad to clean the white sidewall tires. They married in 1960 and lived in Northridge, California where they had two daughters, Vikki and Lyn.

In 1972, the family returned to their home state of Washington and settled in Edmonds. Following in her father’s footsteps, Karen and Hal started their own business, Party Harbor. The gift and card store was a fixture in downtown Edmonds for over 10 years. Karen’s next career move was managing a bookstore for over eight years. Upon retirement, she and Hal moved to Fidalgo Island outside Anacortes, Washington. There Karen began a home-based pottery business, Images in Clay.

Hal preceded her in death in 2008. In 2009, she moved to Bellingham, Washington to be closer to her daughters. Fully retired, she began to paint in watercolor and acrylic and became not only an accomplished potter, but painter as well.

Karen loved travel and visited the southwest, east coast, Europe, and Mexico. She enjoyed cruises to Alaska, the Caribbean, and the Panama Canal. In recent years, she looked forward to spending several weeks in the winter with good friends in the Palm Springs area.

She loved her home in the community of Village at Cordata. Her friends at “the Village”, throughout Whatcom  and Skagit counties, and beyond were a source of joy in her life.

She is survived by her daughters Vikki Jackson & Lyn Jackson, Vikki’s husband Jeff Brown, and grandson Ian Brown. We loved her very much and will carry her forever in our hearts.

The family will hold a celebration of Karen’s life in the spring. The date and location will be announced prior to the event so her family and friends can gather to share memories.

To order memorial trees or send flowers to the family in memory of Karen Jackson, please visit our flower store.
Send a Sympathy Card