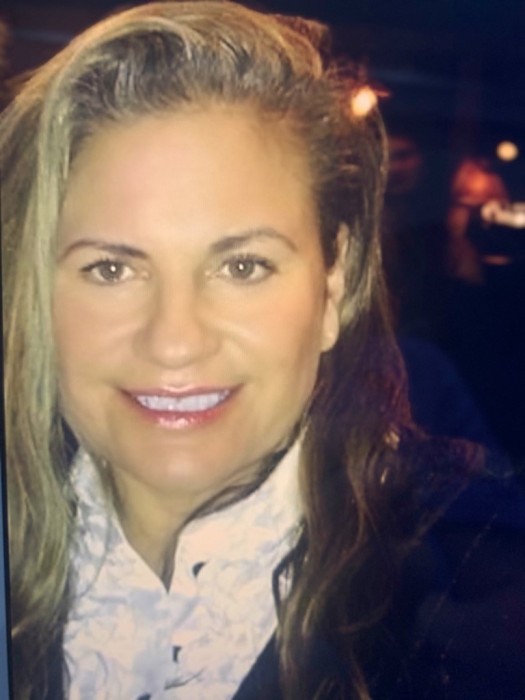 Blessed are those who mourn
For they shall be comforted.
Matthew 5:4 NIV

Ms. Julie Ann Larsen, was born in Los Angeles, CA on March 21, 1969, to Dora {born in Managua, Nicaragua, and Robert William Larsen {born in Chicago, Illinois, deceased}. Julie grew up in Ferndale, WA. After graduating from Sehome High School in 1987, Julie attended the University of Washington {UW} for one year. She was Zeta Tau Alpha Sorority alum. Julie transferred to Western Washington University {WWU} and following her in the footsteps of her beloved father, graduated with a BSW in Social Work and Spanish in 1991. Julie’s beloved niece Nicole became a Social worker so it must be a family trait to serve the community in such a way. One of Julia’s many talents was writing which she inherited from her “papa.”

Before beginning her career as a social worker, Julie joined the Peace Corp. She was fluent in Spanish and French. She was located at Laurel, Costa Rica. While serving in Costa Rica, she was able to raise enough money to establish the first open air community market. She also assisted communities in writing grants to get funding for Healthcare and community services.

Julie was a fierce advocate of protecting the most vulnerable. She was employed by King County for over 22 years, and her specialty was Child and Adult Protective Services. Julie’s gift of speaking Spanish and French made her the only Bilingual social worker for King County at the time of her employment.

After 9/11, Julie wanted to do something for the country that she loved so much, so she joined the United States Coast Guard. She served her country for over 5 years. Julie completed two {2} tours in Iraq. Her eventual goal was to work toward her Masters degree in Social Work. Julie eventually became an advocate, assisting with Outreach and Resources Services for Women Veterans which supports women in combat. Julie was always putting others first to give them hope and strength. Julie often told her sister Jan that “helping people gave her great joy.”

Most recently she took up mountain biking with the Wounded Warriors Project. She shared how it brought her so much joy and happiness, as a former runner and marathoner. Julie was proud of her Nicaraguan heritage. She loved going out with friends to go salsa dancing, enjoyed entertaining, working on home projects, traveling and home projects, traveling and going to concerts. Memories are filled with her laughter and loving on her kitties, Cleo and Buddy. She was so generous always opening her home in Kent, WA and Costa Rica, where she hoped to retire someday.

She was preceded in death by her brother Marcus Larsen. She is survived by her beloved Mother Dora, her sisters Jan and Elsie, her nephews Clark and Brandon and nieces Nicole and Kimberly. Her aunties Lea who was like a second mother to her, Carol, Nidia, Adilia and Daisy.   Her uncles Bill, Ronald, Harvey, Rene and Monroe, and her many cousins Marc, Wil, Steve, Ronald, Leti, Angie, Rene, Eric, Lisa, Liz, Katherine, Nancy, Ivan and Alex.

In closing, this is a sad day and Julie will be greatly missed, but I take comfort in knowing that one day we’ll be together in Heaven as is God’s plan for us. May Julie rest in peace until that day comes in the name of Jesus, Amen!  Private family graveside services we’re held at Greenacres Cemetery in Ferndale. Memorials may be made to the Lighthouse Mission, 910 W. Holly Street. Bellingham, WA 98225 or NAMI of Whatcom County, 800 E. Chestnut Street Suite 1C, Bellingham, WA  98225.

He will wipe every tear from their eyes.
There will be no more death or mourning or crying or pain
For the old order of things has passed away.  Revelation 21:4 NIV
To order memorial trees or send flowers to the family in memory of Julie Ann Larsen, please visit our flower store.
Send a Sympathy Card