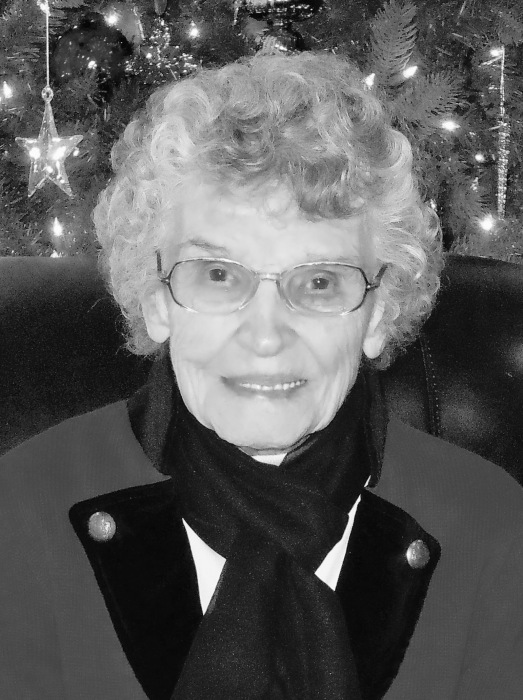 Julianna (Julia) Loretta Kappenman celebrated her 99th birthday with “cake and pie” before leaving this world behind to rest in the arms of her Lord and Savior on January 18th 2017. Julia was born in Linton, North Dakota on November 12, 1917 to Peter and Katharina Rohrich.  Her father died from the flu when she was two years old.  Later, her mother moved her three children to Hillsview, South Dakota to marry Peter Malsom, a widower with four small children. Together they had two more children to complete their blended family, creating wonderful memories Julia treasured to the end.  When Julia was 18 years old, she married Leo Kappenman, a local boy – a snappy dresser and fast driver. Not being cut out to be a farmer, Leo and Julia sold their belongings and moved to Oregon to start a new life together.  Everyone who knew Julia loved her.  She was sweet, incredibly generous, honest, with a work ethic beyond belief.  She loved to entertain, celebrate life and dance.  She sparkled when she had an audience. Julia was an inspector for Eugene Fruit Growers for nearly 30 years while at the same time raising her children and volunteering at St. Mary’s as a member of the Catholic Daughters of America.  Julia was preceded in death by her oldest son, Eloy (10) and seven months later, her daughter, Joann (8). Her husband, Leo lived to be 76 before passing in 1989. She leaves behind her children, Marvin Kappenman (Kathy) of Ecuador; Ken Kappenman (Janet) of Chico, CA; Ann Hewitt of Springfield, OR; Rita Roake (Charlie) of Bellingham, WA; Neil Kappenman (Rhonda) of Molalla, OR; 18 Grandchildren and their dear spouses, 25 Great Grandchildren, 1 Great Great Grandson and numerous relatives.  Julia will be buried between her son, daughter and husband in Eugene, OR.  A celebration of life will be announced at a later date.  We will honor her memory by “Always leaving things better than we found them.” Thank you for always being there for us Mom.  We love you.

To order memorial trees or send flowers to the family in memory of Julianna (Julia) Loretta Kappenman, please visit our flower store.
Send a Sympathy Card