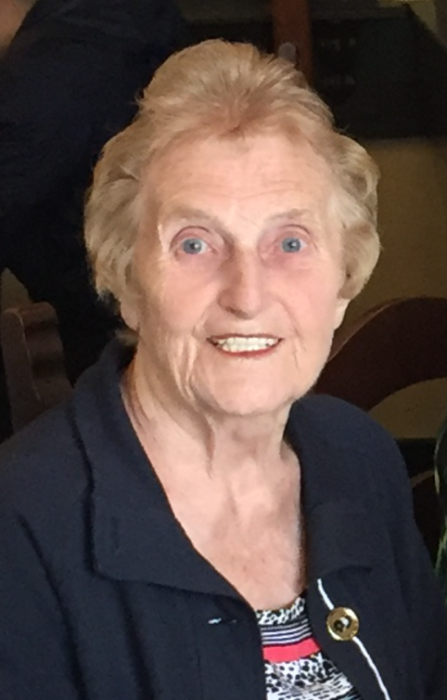 Julee (Genther) Taxdahl, age 80, of Ferndale passed away Thursday, June 15, 2017 at home.  She was born August 22, 1936 and married Hilmer “Tax” Taxdahl  on August 28, 1954.  Her greatest joy was time spent with family. Julee is survived by her two daughters;  Sharon  and husband Bill LeMesurier and their children, Nathan, Annaleah, Stephanie, Rachel, Abigail, and their grandchildren, Benjamin, Joanna, Ezra, Tobias, Simon and Linus;  Daughter, Karen and husband Robert Crider and their children, Chelsea, Megan and Kelley and her Son, Jim and wife Carol Taxdahl and their children, Zachary, Morgan and Cooper. She was preceded in death by her parents, William and Dorothy (Balfour) Genther; husband, Hilmer Taxdahl; brother, William “Bud” Genther and a son, Bryan Taxdahl. Private Family Services will be held at a later date.

To order memorial trees or send flowers to the family in memory of Julee Ann Taxdahl, please visit our flower store.
Send a Sympathy Card