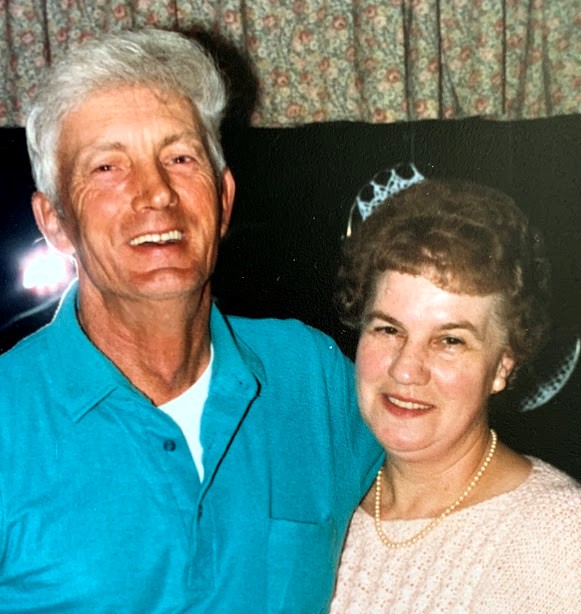 The world lost two amazing people that will be greatly missed. On November 1st Judy Raymond and on November 4th Robert Raymond passed away in Bellingham. Robert H. “Bucky” Raymond was born July 19, 1932 to William and Dorothy (Leah) Raymond in Bellingham, Washington. Bobby was raised at the family home on the Bakerview Road and later moved to the East Road Farm. He attended Meridian schools and graduated 1950 where he played sports and excelled in baseball. Following graduation Bobby played professional baseball for the San Francisco Giants until he was drafted into the US Army.

Judith A. (Ruzicka) Raymond was born March 13, 1935 to Frank and Elizabeth (Davis) Ruzicka in Bellingham, Washington. She first attended school at North Bellingham until the family moved to the Laurel Road Farm. Judy then went to Meridian and graduated in 1953. Judy was in the Drill Team at Meridian High School. Judy and Bobby met and later became high school sweethearts. After Bobby was drafted and based in San Francisco, Judy joined him and they were married on March 4, 1953. They later moved to Raymond Street in Bellingham. Their first son, Steven was born in Bellingham on November 30, 1953. Judy and Bobby started a family dairy farm on the Starry Road. On February 2, 1965 they welcomed their second son James.  The family enjoyed their lives for many years on the farm.

They were members of Laurel Community Baptist Church for many years. Judy also worked at Matheson’s Market and at Jensen’ Ferndale Floral Shop until she retired. She enjoyed working with flowers inside and outside and decorating her home. Judy was a member of the Mt. Baker Garden Club. When not farming Bobby enjoyed woodworking, golfing and fishing. They went on many camping trips together with family and friends.  Judy and Bobby were married 67 wonderful years.

Judy was preceded in death by her parents and her son Steve. Bobby was preceded in death by his parents, sister Joan and his son Steve. They are survived by son James, grandson Lucas and great grandson Camden and Linda. Judy is also survived by her brother Frank Ruzicka and Myrna. Bobby is survived by his brother Bill Raymond and Jeanice, sister Carol Kirner and Joe along with numerous nieces, nephews and other relatives. The family would like to thank Whatcom Hospice for the wonderful care that was given. Family suggests memorial donations be made to Whatcom Hospice, 2800 Douglas Rd., Bellingham WA 98225. Graveside services will be held 11: 00 AM, Tuesday, November 17, 2020 at Enterprise Cemetery, 7041 Vista Dr., Ferndale, WA 98248 with Pastor Luke LeViere officiating.

To order memorial trees or send flowers to the family in memory of Judith & Robert Raymond, please visit our flower store.