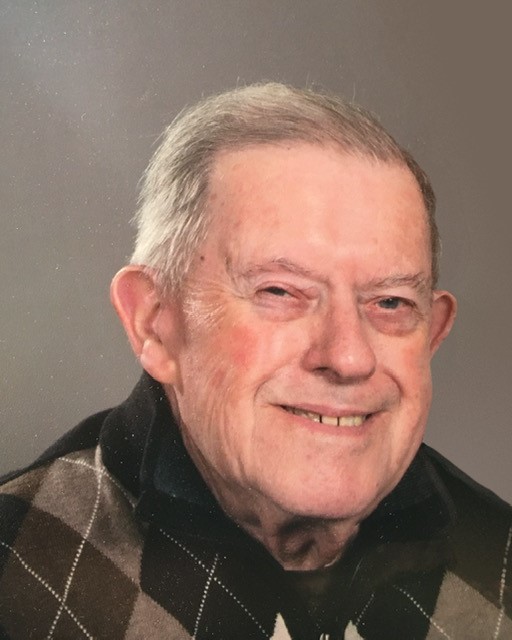 Joe graduated from St. Peters College with a BS in history and then served in the US Army during the Korean War where he wrote for the Stars and Stripes during the Korean peace talks.  An exceptional baseball player, Joe displayed his love of sports by relaying radio sports games to the troops.  Upon returning to the US after the war, he married his sweetheart, Barbara Klei, and they had three children; Kenneth, Regina and Janice.

Joe worked as a fire rate analyst and loss control engineer in the insurance industry in lower Manhattan until he retired and he and Barbara moved to Bellingham, WA in 2005.  He was very active in the Catholic Church and the Knights of Columbus where he served as  Grand Knight, District Deputy and as a New York State Commissioner. Joe loved to travel and was especially fond of various European destinations and Alaska.  A fan of most sports and a master of sports trivia, he was especially a fan of the Seattle Storm and a diehard NY Mets and NY Giants fan through thick and thick.

Joe was known to all for his quick sense of humor, sharpened with a bit of sarcasm “just to keep you on your toes”.  He is survived by his wife, Barbara, son Kenneth Willis, daughters Regina (Willis) Ridgway and Janice Willis, son-in-law Jimmy Ridgway, and grandchildren Christine Ridgway, Grant Ridgway, and Joseph Ridgway.

To order memorial trees or send flowers to the family in memory of Joseph William Willis, please visit our flower store.