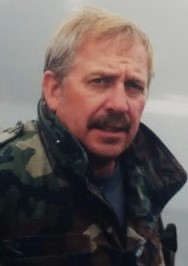 John lived with his family in Virginia Beach, VA. He graduated from Cox High School in 1973. In 1976 he signed up for the Air Force where he served 6 and half years. John was honorably discharged at the rank of Sergeant in 1982. He met and married his wife Trisha in 1977. They had just celebrated their 42nd wedding anniversary on June 10 2019. Their first child Melissa was born in October 1978. Their second child, son Shelby, was born in October 1981.

After leaving the Air Force the family moved back to Virginia Beach. He worked for a number of Telecommunication companies. John's two most important roles in this world was being a Father and Grandfather of Lucas, Elijah and Danielle.

As a military family they traveled from WA to FL to OR back. After leaving the Air Force they returned to VA and then moved to Las Vegas, NV and finally returned to WA. He and Trisha have made friends all over the United States and Canada. John never met a stranger, he only met lifelong friends.

A graveside service with Military Honors will be held Thursday, June 27, 2019, 1:00 PM at Enterprise Cemetery in Ferndale.

In lieu of flowers consider donating to the American Legion Post 86 where John was a member. Thank you

To order memorial trees or send flowers to the family in memory of John S. Hartzog, please visit our flower store.