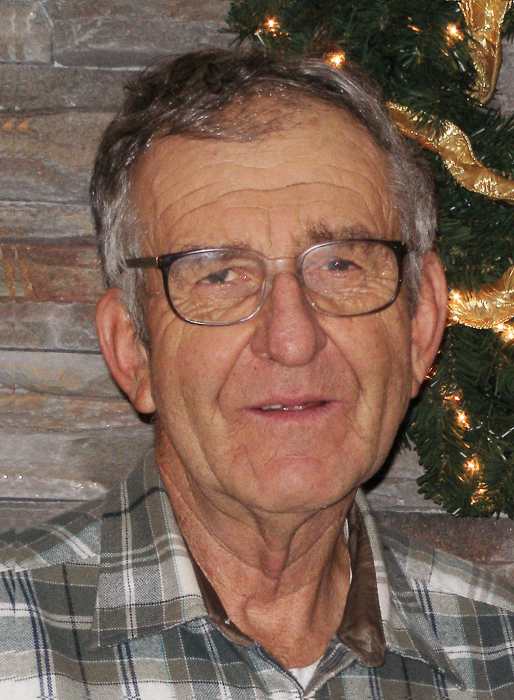 John Lloyd Davies was born in the summer of 1933 in Delano, California. His family later moved to Eastern, Washington, then to Hubbard, Oregon where John graduated from North Marion High School.  He attended Linfield College and graduated from George Fox University with a degree in social sciences.  After college he worked with his brother in the family’s peppermint oil business, based in Sunnyside, Washington. He purchased a farm in Brooks, Oregon, were he began his lifelong career as a fruit grower. Soon after that, he married the love of his life, Norma Rogers of White Rock, BC. They lived in Brooks for ten years before moving to Ferndale in 1971, where they raised their four children.  Many will remember those wonderful, sweet blueberries they grew at the Beard Road field. At the family farm, they grew the freshest tree-ripened peaches for over 35 years. Those who knew John Davies respected him as a humble, gentle, hard-working man with a simple and steadfast faith in Jesus Christ, his Lord and Savior. He began each day as an early riser, spending time reading his Bible. He was a loving husband, father and friend, serving as a quiet role model to so many who knew him. His kindness, wisdom, and selflessness will be greatly missed. John is survived by his wife of 55 years, Norma, his children Ruth (Al), Susan (Joe), Karyn (Dan), grandchildren Renee, Drew, Rachel, Laura, Jackson, Rosie, and Asher, his sister Hazel and her family, sister-in-law Linda, brother-in-law Dick and his family, and many cousins and extended family. John is preceded in death by his beloved son, Philip, parents John and Hazel Davies, his brother William, and brother-in-law Ivan Welch.  Memorial gifts may be made to: Child Evangelism Fellowship, P.O. Box 3137, Ferndale WA 98248; Whatcom Hospice Foundation, 2901 Squalicum Parkway, Bellingham, WA 98225, or charity of your choice. A celebration of John's life is planned for 3 p.m. on Sunday, November 27, at Birchwood Presbyterian Church, 400 Meadowbrook Court, in Bellingham.

To order memorial trees or send flowers to the family in memory of John Lloyd Davies, please visit our flower store.
Send a Sympathy Card