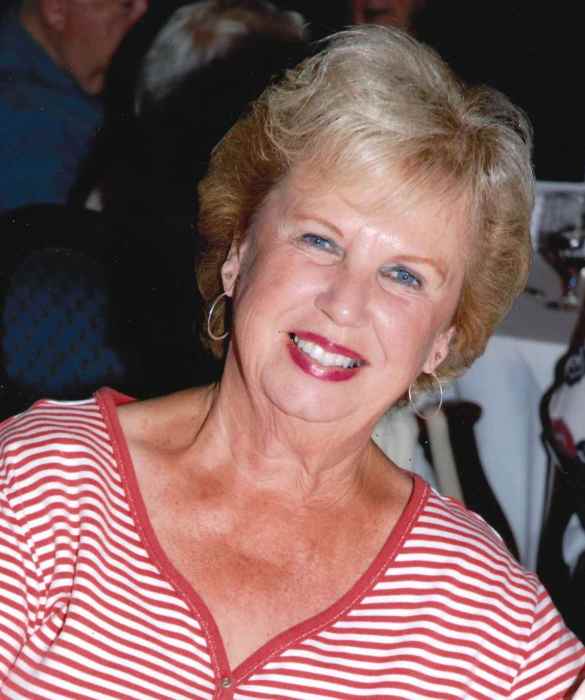 Joanne began her wonderful life in the Whitehorn area of Whatcom County with her parents and older brothers Ronald and Richard.  The Whitehorn  area was occupied mainly by Norwegian immigrants who were mostly related.  She enjoyed her early years playing with cousins and other children in the area.  She attended the single room Whitehorn School through the sixth grade where her Aunt Natalie taught all the children.  Aunt Natalie was required to go early to the school house to get a fire started in the wood heater.   When she was five, the family gained another son named Kenneth who became a very close friend and playmate.  Joanne's father John milked cows on the 40 acre farm, commercial salmon fished and worked in the Bellingham shipyard.  Joanne's mother Marie was a wonderful person who helped with the farm duties, cared for the children and made delicious lefse, bread and sugar cookies.  In school at Blaine where Joanne graduated, she was very well liked and made many friends.  She was the basketball homecoming queen and assisted as teachers aide.  She and her friends Eleanor, Carol and Sharon loved to cruise Birch Bay and lie on the beach.  In her junior year she met her future husband Darrel on a blind double date for an evening of bowling.  When she graduated, she went to work in Bellingham as a telephone operator for the Bell System and lived at the YWCA.  Her future husband Darrel began working in the same building installing the new telephone system by the Western Electric Company.  They were both transferred to the Seattle telephone office soon after where they continued their work.  After this two year relationship, they planned their wedding and drove to Coeur d' Alene, ID. Where two co-workers followed to be witness at the Lutheran Church ceremony.  The next stop was Bozeman, MT. For an evening movie where change from a $20 bill came in 18 silver dollars.  A snug little cabin near the Yellowstone River and lake was the next stop for the evening.   Early morning they stepped out into a heavy white frosted ground and headed to the river for a little fishing where many large cutthroat trout were taken.  Heading back toward Seattle, they stopped at Rupert, ID for a very good western rodeo.   Their black 1954 ford crestliner Victoria hardtop made the trip very comfortable.  Later they moved to Bothell with their new born son Donald and Darrel began working at the Boeing Renton Plant. Then when Darrel decided to go commercial purse seine fishing, they moved to Birch Bay and the Whitehorn area.  Joanne learned to drive the stick shift car and was able to help her mother go shopping since her mother never learned to drive.  In 1960 son Dale was born and eight days later her husband Darrel heard the news from a letter received at his Alaska fishing site.  In 1962 Joanne and sons Donald and Dale flew to Texas to join Darrel for his last month at the Border Patrol Academy.  Joanne and family then spent the next four years at Darrel's new station at Calexico, CA where son John was born.  Joanne made many friends among the Border Patrol and Customs ladies and children.  Many off duty evenings were spent in the sand dune areas with a large fire and sharing hotdogs and liquid refreshments with friends.  Joanne and family left California in 1966 to live in Point Roberts, WA where husband Darrel was transferred.  The next few years were exciting as they bought their first home in Tsawwassen, BC, Canada when Darrel began working at the Vancouver Airport.   The next move was to Sumas, WA and their decision to build a new home in Lynden, WA. Which was featured in the home tour.  Joanne loved her new home and her three sons began school there.  During this period in Lynden, Joanne became friends with many of the 3200 residents living there.  Many of the neighborhood boys practically lived at their home playing and eating Joanne's chocolate chip cookies.  Their basement was a gathering place for them and the many games played.  Joanne began working for the Lynden Middle School when her three sons were a little older as a teachers aide for the  next 19 years where she was loved and well respected.  Joanne and Darrel attended nearly all of their son's sports events and continued to enjoy basketball and football games at Lynden and opponents locations until her failing health in 2015.  Joanne particularly enjoyed meeting and learning about people of all walks of life and never found fault in anyone.  Her friendly personality, smile, and bright blue eyes would quickly melt even the most somber individuals.  Her greatest pleasure in life was her family whom she always treated with great love and respect.  Another strong desire was for travel, where she and Darrel made eleven world wide cruises and many coach trips with friends and family.  Her entire life was directed toward serving others and providing loving support and care to all people she knew and met.  Joanne truly loved life, God, and family. A memorial service celebrating her life will be held Thursday, August 4, 2016, 3:00 PM at North County Christ the King Church, 1816 18th St., Lynden, WA 98264 with Pastor Kurt Langstraat officiating.  Family suggests memorial contributions be made to either Whatcom Hospice, 2806 Douglas Ave., Bellingham, WA 98225 or ALS Association Evergreen Chapter, L-105, 19226 66th Ave. S, Kent, WA 98032.

To order memorial trees or send flowers to the family in memory of Joanne M. Barnes, please visit our flower store.