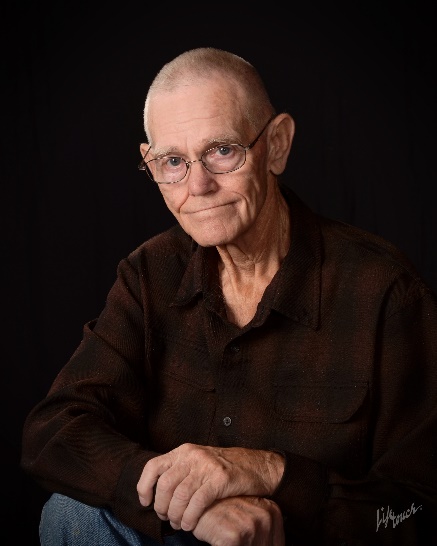 James Henry Vining was born December 24, 1939 to Evelyn Virginia and Woodard Vining in Cogdell, GA. The oldest of six children, he told stories of running among the watermelon fields and orange groves.  1959, his family packed up from Florida and drove to Alaska. Settling in Anchorage and building a homestead.

In February 1962, James told the story of how God told him his wife was coming to church, and in walked Linda Lee Williams. Married in June of 1964, they raised 2 boys, Bodie and Danny, in the Anchorage- Eagle River area of Alaska. Many memories were made there: fishing and hunting with friends and family, strong church ties and always a tall tale or two.

James and Linda opened their hearts and home to foster children through the years. James worked for the city of Anchorage, retiring after 30 years of service in 1995.

After retiring, James and Linda traveled the country in their RV, finally settling in Bellingham in 2006, where they happily awaited the birth of their granddaughter and true light of his life, Ella.

James and Ella enjoyed a special relationship and he took such pride watching her grow. First to show up with popsicles if she was sick or make a trip for pancakes if she wanted. He called her pumpkin from the very beginning and she adored him, calling him “papa papa” because he was doubly special.

James is survived by his wife of 54 years, Linda; sons James Jr. and Dan (Lorri and Ella), his brothers, Timmy and Paul of Umatilla, Fl. Numerous nephews, nieces, in-laws and a few outlaws, too. Friends too many to name here, and his family would like to thank all of them for their love and support.

In lieu of flowers, please make a donation to your local Boys and Girls Clubs.

To order memorial trees or send flowers to the family in memory of James Henry Vining, please visit our flower store.