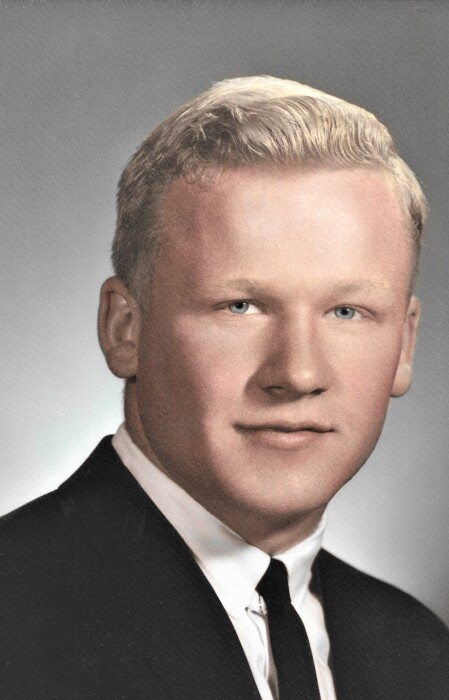 Jim grew up in the Mount Vernon area.  He graduated from Mount Vernon High School and attended Western Washington University.  He enjoyed sports, gardening and coffee.  His daughters remember the amazing garden he tended during their childhood where they could eat blueberries and raspberries during the summer and apples in the fall.  Later he turned the vegetable patch into a huge display of dahlias which hosted a rainbow of colors during the summer and into the early fall.  Jim played sports including a short stint on a semi-professional football team, he attended all the soccer, softball and volleyball games played by his daughters and always had the television tuned to a game.  The coffee pot was always on at Jim’s house and he enjoyed having visitors, especially those who brought treats.

Early in his life, Jim worked and operated service stations for Standard Oil and Chevron.  Once his daughters were born, he sold the service station and began working for Overall Laundry Service with routes in Whatcom and Skagit County.  Many of his customers affectionately referred to Jim as the “Overall Man”.

Jim spent his retirement living at the Village at Cordata where he had many close friends.  He enjoyed playing cribbage and bridge, going out for dinner with his neighbors and attending the Friday Night happy hours at the end of his block.  He also loved to put together puzzles and worked his way through most of the Village’s vast puzzle library.

If you want to honor Jim in some way, please donate to Whatcom Hospice Foundation (2901 Squalicum Parkway – Bellingham, WA 98225).

To order memorial trees or send flowers to the family in memory of James "Jim" Albert Rhone, please visit our flower store.
Send a Sympathy Card