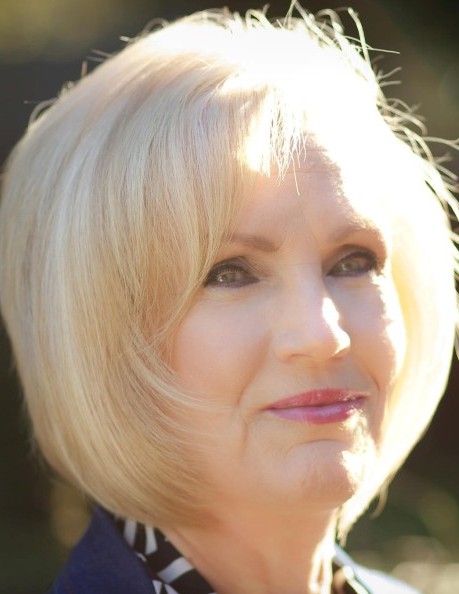 Jacqueline (Jacquie) Hazel Nighbert, 70, of Blaine, Washington passed away peacefully at her home in Birch Bay on December 12, 2020. Jacquie leaves behind her beloved husband Jack and loving daughter Haylee, and the many friends who were blessed to know her.

Jacquie was a beautiful soul and an amazing mother, wife, sister, and friend. The impact she had on others in her life is immeasurable. Her energy was infectious and people loved to be around her. She had the most gorgeous smile and a sly, playful sense of humor that everyone gravitated to. She was kind to everyone she met and was a natural caregiver. Jacquie will be deeply missed by all the people in her life that she undoubtedly made a positive impact on.

Jacquie was born in Vancouver B.C. on September 28, 1950 to parents Daryl (Joe) and Mildred Sayers. Surviving family members include brother Mike Sayers and his wife Chris, son Steven, daughter Laura, brother Rob Sayers (Marlene) and his daughter Molly. Jacquie was preceded in death by her oldest brother, Dan Sayers, leaving behind his daughter Tina, sons Danny and Chris. Jacquie, after graduating from David Thompson Secondary in Vancouver, worked in the Canadian airline industry as a flight attendant and secretary. Her skills working with people were evident early, and jobs in the hotel industry followed. Jacquie worked as an event planner for Semiahmoo Resort in Blaine, Washington. However, her favorite job of all was as an event planner with the Bellwether Hotel in Bellingham, Washington. She especially enjoyed working with owners Fahri and Robin Ugrlu, and that developed into a lifelong relationship. Jacquie enjoyed 10 exciting and fulfilling years planning numerous weddings, as well as various business events. Her dedication for giving everything she had into her job gained the love and respect for her clients and employers.

Jacquie met her husband Jack in 1981 in Vancouver while Jacquie was working for Pacific Western Airlines. The resulting love between them resulted in many border crossings for both before Jacquie finally moved to Birch Bay, Washington. Jacquie and Jack were married in Bellingham, Washington on March 29, 1983 in a warm civil ceremony presided by Judge Ed Ross. On February 7, 1988 the birth of daughter Haylee Noelle Nighbert provided lifelong joy. Jacquie was forever planning adventurous outings with daughter Haylee. From visits to see Mickey, to camping at lakes in BC, to enjoying sunsets on west coast beaches, Haylee further experienced her mother's love. Jacquie enjoyed many special relationships with friends. Her lifelong pal has always been Glenda(Ian)Walker, of Vancouver, B.C. Glenda and Jacquie had a common lingo and wit only loving sisters could have. They and their friends enjoyed many trips to a variety of resorts in the Western Hemisphere. Even with the current border restrictions their spirits unite continuously. Next door neighbor's Nancy and Bill Reilly were special by radiating kindness, and always present when needed. The many gatherings they had at their home were invitations for us to further share their family with us. Special friends Anne, Cari and Denise nurtured Jacquie's bargaining abilities at various shops in Bellingham. Bonnie and Dave and Jan always kept Jacquie close to their hearts.

Jacquie's valiant fight with cancer could not have been made without the support of the Home Hospice nurses and social workers who worked overtime to care for her. The many radiologists and oncologists also deserve our continued support.

A celebration of life will be held at a later date to be announced. Jacquie was a loving wife and mother, and friend, who touched the hearts of all who met her. Her life's message taught us to be our better selves. Thus, the world became a better place. Rest in peace lovely wife and mother.

To order memorial trees or send flowers to the family in memory of Jacqueline (Jacquie) Hazel Nighbert, please visit our flower store.