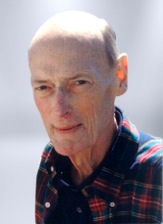 He was born in Danville on Dec. 21, 1940, to Clyde and Sarah Lucille Smith Sprouls. He was preceded in death by his parents and his sisters, Gwen Lee Rutledge and Linda Lou Kulbartz.

Jack attended Garfield School and was a 1959 graduate of Danville High School. He earned a degree in business education from Illinois State University, Normal, Illinois.  Jack and the former Marla Lehmann married on July 7, 1963. She survives, as does Jack's niece, Lisa Lockwood; his sister-in-law, Janine Roberts, and her children, Greg Moore and  Suzanne Kingery MD.   After serving on the business faculty at Danville High School, Jack worked for the Hyster Company and Toyota. When he retired in 2003, he was vice president of administration for Toyota Material Handling USA, Inc. His career took him and Marla to many cities across the United States and to Northern Ireland, where they made many lasting friends.  Jack loved to play tennis and golf. He was an avid reader, a history buff, and a 35-year Mason.  He was a member of the British Institute of Management and served on the regional advisory board for the City of Belfast, Northern Ireland. While in Northern Ireland, he joined Wellington 82 Masonic Lodge of Portadown, Northern Ireland, his mother lodge. Jack was a past member of Stockton Valley Scottish Rite, Stockton, California.   He was also two-time past master of Lynden International Masonic Lodge of Free & Accepted Masons of Lynden, Washington.  Services will be Thursday, December 10 at 1:00 PM at the Lynden United Methodist Church.  In lieu of flowers the family asks that memorials be made to Whatcom Hospice, 2800 Douglas Avenue, Bellingham, Washington 98225, the Vermilion County Museum Endowment Fund, 116 N. Gilbert St. Danville, Illinois 61832, or the Lynden United Methodist Church, Lynden, Washington.  Jack and his family wish to publicly thank his hospice team for the exceptional care and support received the past months of his life.  Please share your thoughts and memories online at, www.sigsfuneralservices.com

To order memorial trees or send flowers to the family in memory of Jack A. Sprouls, please visit our flower store.
Send a Sympathy Card