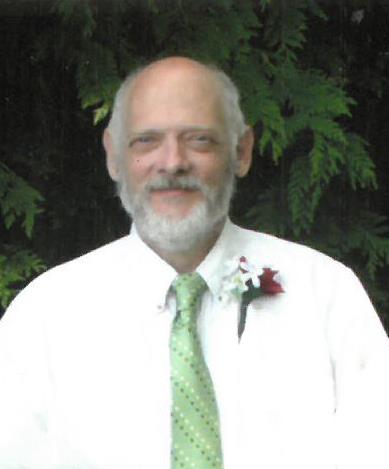 Henry Joseph Parle was born August 6, 1956 in Phoenix, Arizona. He, along with his two sisters were adopted in about 1960 by Frank and Laurel Parle. Prior to adoption he was badly   malnourished, which caused his many health problems in his adult life.

Henry graduated from Washington State University in the early 1980’s with a degree in Computer Science. He had many jobs throughout his life including clerk/typist and the Red Cross. During his career in the Red Cross he was a first responder and went to many natural disasters in the states including Hurricane Katrina. Henry retired early in 2000’s.

Henry enjoyed making things. He made the ramp to our house, shelves for me to display my teddy bear collection and a screen door for me, all out of scrap lumber.

I met Henry and his 16 month old daughter, Barbara, in the summer of 1977, in College Place, WA. Henry came back into my life early in 2011. We were engaged on his 55th birthday, August 6, 2011, at the Olive Garden. He moved from The Dalles, Oregon to marry me. He sold his power tools so he could buy me my   engagement ring. He was the love of my life. We were married July 6, 2012 and were blessed with 5 years, 7 months, and 1 day together.

Henry was always a religious man but didn’t have a relationship with Jesus until late 2011. He came to know the Lord as his personal savior and friend through personal studying the Bible, studying with me, and hearing the gospel preached. God took away his anger and frustration over his past and filled him with a joy, a calm spirit, and a clean heart.

On February 9, 2018 Henry suffered a stroke and was flown to Harborview hospital in Seattle. In his final days he had many steps forward and backward. He had stabilized and was moved out of ICU on March 3. He had improved to the point that the social worker in the hospital had asked for a list of rehab centers here where I would be willing to have him transferred.   I had to return to work on March 6th. So on March 5th I kissed him goodbye, told him I would be back on the 8th and that I loved him. He nodded, told me “I love you to infinity” and then reached out to give me a hug.

In the early morning hours of March 7th God called Henry to Himself and he graduated to heaven where he received his glorified body, free of pain, whole and healthy in body, mind, and soul.

Henry fought the good fight, finished his race, and kept the faith. He received the crown of righteousness the Lord, the Righteous Judge, gave him on that day.

Until we meet again, my love, there will be a hole in my heart and life that no one or nothing will ever be able to fill. I love you.

To order memorial trees or send flowers to the family in memory of Henry Joseph Parle, please visit our flower store.
Send a Sympathy Card