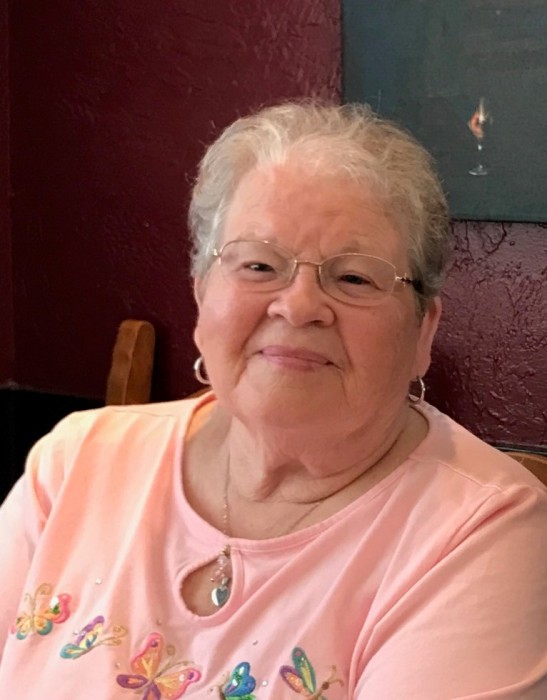 Helen Jean (Merritt) Unick, age 82, became one of God’s angels on Saturday, March 27, 2021. She was born to parents Henry and Donie (Etheredge) Merritt in Mobile, Alabama. Helen was the youngest of 12 children, raised with nine sisters and two brothers.

Helen moved to Washington State in 1956. While living at Neptune Beach, she met the love of her life, Milton Jesse Unick. They were married October 20, 1961 at the United Church of Ferndale and were married for 53 years. They were active members of the church where she sang in the choir and loved the old hymns, she participated on various committees, and helped with the church newsletter. She cherished her many church friendships throughout the years, as well as the recent friendships she made while attending Sig’s Grief Share Group.

Milton and Helen moved to the Hemmi Road where they raised their four children, Debbie, Greg, Theresia, and Milton, Jr. Early on, the family enjoyed driving around the county, up into the hills, and took many camping trips to Little Wolf Creek in Winthrop. Helen enjoyed baking and became well known for her southern chicken and dumplings. She enjoyed bowling, sewing, puzzles, and spending time with her lady friends. But most of all, she loved being surrounded by her family, her children, grandchildren, and great-grandchildren. When Milton retired, they moved to Winthrop for a few years before returning to their home on the Hemmi Road. When it was time to sell the farm, they moved back to Ferndale. They continued to travel around the country visiting friends, family, and many National Parks along the way.

Four years ago, she met her sister Patty on her biological father’s side while visiting in Florida. They formed a bond as if they had known each other their whole lives; and the next year she met her brother Chuck and another sister Mary. This was a dream come true that brought with it love and joy to this final chapter of her life, this meant so much to her.

A graveside service will be held Friday, April 9, 2021, 2:00 PM at Enterprise Cemetery, 7041 Vista Drive, Ferndale, WA 98248 with Pastor Bobbi Virta officiating. Helen’s family would like to thank Whatcom Hospice for helping bring Mom home to rest. The family suggests memorial contributions be made to The United Church of Ferndale, P.O. Box 186, Ferndale, WA 98248 in memory of Helen.

To order memorial trees or send flowers to the family in memory of Helen Jean Unick, please visit our flower store.