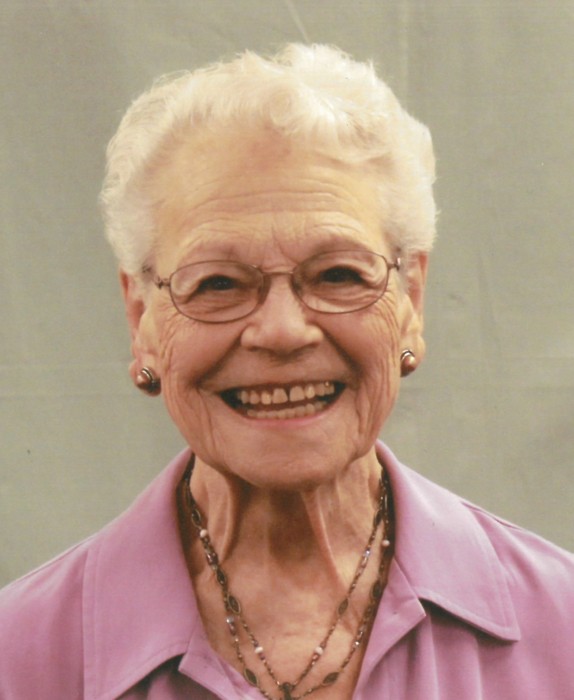 Hazel Wright passed away peacefully at her home Monday, October 26, 2020 into the loving arms of her Lord and Savior. She just celebrated her 100th birthday on July 16th.

Hazel was born to parents Harry and Mary (Miller) Pulley in her grandmother’s home in North Manchester, Indiana. She grew up in the Huntington, Fort Wayne, Indiana area and graduated from Clear Creek High School then attended Manchester College.

In 1941 she married Evan Wright and moved to the "little house" in Nooksack. They were active in the Advent Christian Church for many years. As well as being a wife and mother, Hazel worked for Dr. Kenneth Spady in Everson. Later they moved to Lynden where they were members of the Sunrise Baptist Church and in later years they attended Grace Baptist Fellowship. She loved music and played the organ and piano in Churches for over 60 years. Hazel was active in Women's Ministries and home Bible studies and care groups. Her prayer list was long, praying for her family and many wonderful friends. She loved to sew and was continuously making over clothes as she had learned to do during the Great Depression. In retirement, she also took painting lessons, her home had many of her paintings.

To order memorial trees or send flowers to the family in memory of Hazel Ione Wright, please visit our flower store.