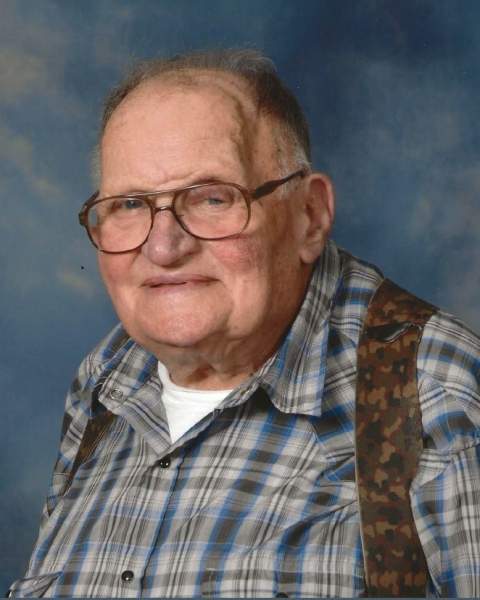 Harold was born in Chatfield, MN, August 13, 1932, the fourth of seven children to Otis and Hattie Cronk. He graduated high school in Igloo, SD in 1951. He served as a paratrooper in the US Army 82nd Airborne Division and was a Korean War Veteran . In 1957, he married Margaret Mary Reichlin, Ferndale, WA. After a welding apprenticeship at the Bremerton Naval Shipyard and farming in South Dakota, Harold settled with his growing family in Deming, WA where he worked as a welder and union ironworker until he started Cronk’s Welding and Repair at Nugents Corner, WA serving area loggers, farmers and the local community for 24 years.

Harold loved his wife and 14 children, taking great pride in his family of seven daughters and seven sons. He was indomitable, affectionate and hard working. Generous and loving, he showed a genuine interest in people, always quick with a story and a wink.

Retiring in 2003, Harold and Margaret traveled the country in their camper visiting relatives and friends and he turned his many skills to restoring his collection of antique tractors and trucks. After her death in 2017, Harold greatly missed Margaret, his wife of 60 years but remained surrounded by family, sharing love with his many Kids, Grandkids & Great-Grandkids. He loved to treat his guests to breakfast at the local diners.

Harold was a faithful member of St. Peter’s Catholic Church, Deming, for 56 years. The parish will host his rosary (Wednesday 7pm) with Viewing prior and a funeral Mass will be celebrated (Thursday 11:30) at St. Peters Church in Deming followed by burial and St. Peters Cemetery in Kendall.

To order memorial trees or send flowers to the family in memory of Harold Eugene Cronk, please visit our flower store.