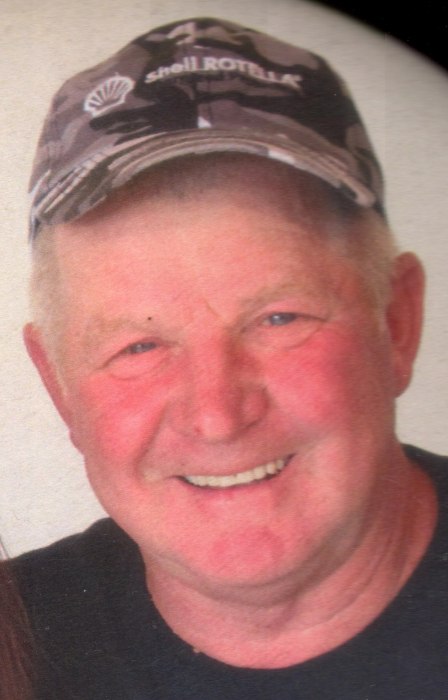 Harlan Gene Harvey, age 68, of Everson left the arms of his family and was welcomed to heaven early Monday morning, October 26, 2015.  Harlan was gifted in many things.  He became a friend to everyone he met; lent a hand to anyone in need and prided himself in his knack for trucks, engines and earth moving equipment.  His passion for people and good conversation gave him opportunity to bless many throughout his life; especially as he shared his love for the Lord over the past months. Harlan enjoyed married life.  He married his soulmate Maria Luisa (Malou) Ortez October 20, 2012.  Together they enjoyed taking drives in the ’64 Dodge and traveling to the Philippines, Arizona and Nevada.   A stroke in July 2014 cut short his wanderlust.  He dreamed of one last trip to the Philippines but the discovery of advanced pancreatic cancer took away the chance.  Harlan leaves his wife Malou; children, Robert (Stephanie) Harvey, Randi (DL) Lautenbach, Kami (Greg) Douglas, Kraig (Katie MacDonald) Harvey and Tim (Lenneth) Pham Harvey; Grandchildren, Brehana (Alvaro) Fregoso, Brady Harvey, Kobi & Kase Lautenbach; two granddaughters arriving this winter; his mother Barbara Harvey and many other relatives.  Harlan was preceded in death by his father Robert R. Harvey. A memorial service will be held Saturday November 7, 2015, 2:00 P.M. at the Deming Log Show, 3295 Cedarville Rd., Bellingham, WA 98226.

To order memorial trees or send flowers to the family in memory of Harlan Gene Harvey, please visit our flower store.