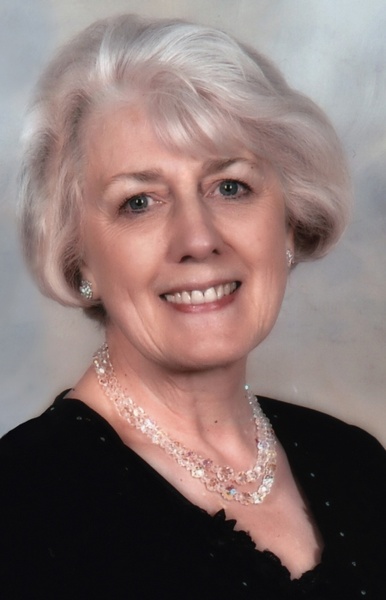 Grace Luxon, 77, of Lynden was taken to her heavenly home on June 9, 2018 while surrounded by the love of her family. Grace was a lady of great faith, facing her last days with peace and confidence.

Born Benora Helen Grace Manary in Foam Lake, Saskatchewan on February 5, 1941, to Robert and Benora Manary, Grace grew up in Vancouver, BC, where she thrived in school while developing her love of writing, music, piano, painting, drawing and gardening, until she was swept off her feet by a dashing American serviceman attending Western Washington State College in Bellingham, Eugene Clark Luxon.

After marrying Gene, on October 25, 1957, she moved to Washington where their four children were born. During their 51 years together, Grace worked tirelessly with her husband raising their family, entertaining guests from near and far, running a small family farm, and building many beautiful homes in Washington, Oregon, and California. After their children were grown, the couple settled in Abbotsford, BC, Birch Bay and Lynden while she worked as the office manager of Lynden Family Chiropractic until 2013. She married Richard Nymeyer of Lynden, on June 2, 2015, and passed away one week after their third anniversary.

Her gracious nature exemplified her name. Grace enjoyed people and was always ready with a kind word and listening ear. She loved faithfully, inspired others and encouraged many, while warmly tending her home, koi pond, and rose gardens.

She is survived by her four children, Tim (Bev) Luxon of Kirkland, Tralee (Samuel) Randolph of Merced, California, Lane Luxon of Sumas, and Andrew Luxon of Merced, California; two grandsons, Jeremy Luxon of Seattle, and Aaron Luxon of Kirkland; sister Dorothy (Frank) Carlson of Arlington; nephews Steve (Brenda) Carlson of Woodinville, and Gary (Shawna) VanNuys of Abbotsford, BC, and niece Sarah VanNuys of Maple Ridge, BC.

She is also survived by her second husband of three years, Richard Nymeyer of Lynden; his three children, Jaylene (Ken) Berg of Everson, Julie (Matthew) Bovenkamp of Puyallup, and Jen (Chas) Dugaw of Mount Vernon; and his numerous grandchildren.

A Celebration of Life service will be held at 3:30 PM on Friday, June 22nd, at Faith Community Church, 586 Birch Bay Lynden Road, Lynden, WA 98264, with a reception to follow. There will also be a private burial at Monumenta Cemetery, with arrangements by Sig’s Funeral Service.

The family wishes to thank Whatcom Hospice, Northwest Calvary Chapel and Faith Community Church. Memorial contributions may also be made to Gideons International.

To order memorial trees or send flowers to the family in memory of Grace Luxon (Nymeyer), please visit our flower store.