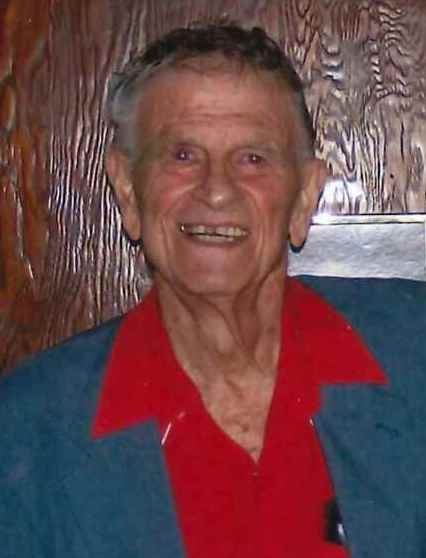 Gilbert E. “Gil” Reeves, age 91, of Bellingham passed away peacefully Tuesday, January 19, 2016 at his home.  Gil was born May 6, 1924 to parents Ernest and Grace Reeves in Ramah, Colorado. He graduated from high school in Grand Junction, Colorado and was drafted into the U.S. Army serving from 1943 – 1946. April 6, 1947 Gil met his beautiful wife Peggy E. Cook at the Trianon Ballroom. And so their story began, 68 years of marriage.  Gil went to school for electronics.  He was a Disc Jockey in Wenatchee and Seattle and then landed a TV Engineer position at KVOS in Bellingham and stayed 38 years to retirement in 1987. Gil had many hobbies woodworking, crafts, writing gospel songs, playing guitar, harmonica, camping at “The River”, Sunday school teaching and going to church.  He loved his children, grands, greats and siblings.  He was preceded in death by his parents and his brother Keith.  Gil is survived by his wife of 68 years Peggy; 4 children, Patricia (Michael), Jeannie (Al), Margery (Bruce) and Randy; 5 grandchildren and 3 great grandchildren; sister, Joyce (Chuck) and his brother, Hugh, and numerous nieces, nephews and other relatives.  A memorial service will be held Saturday, January 30, 2016, 1:30 PM at Spring Creek Bible Church, 567 E. Kellogg Road, Bellingham, WA 98226. Private family interment was held at Bayview Cemetery, Bellingham.

To order memorial trees or send flowers to the family in memory of Gilbert E. "Gil" Reeves, please visit our flower store.