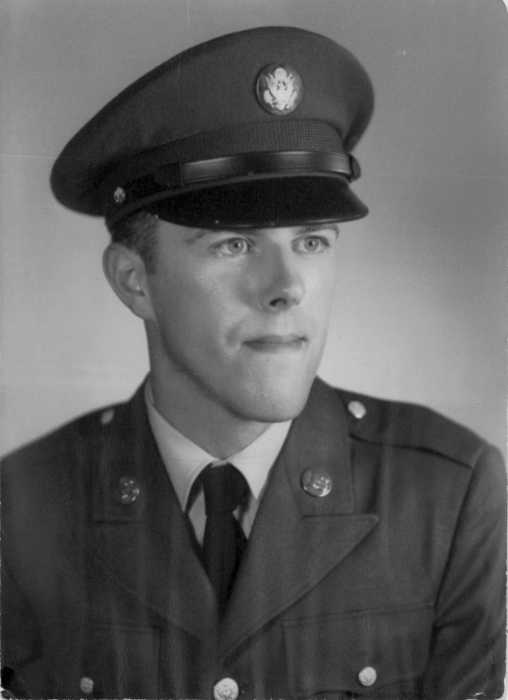 George Edward Vanderway, age 77, of Blaine formerly of Marysville passed away at his home Thursday, October 15, 2015.  He was born January 6, 1938 in Bellingham to parents Clarence and Marie Antoinette (Charlebois) Vanderway.  At the age of three his family moved to Everett, WA where he later graduated from Everett High School in 1957.  Surmounting many illnesses as a young child, he proved to be a fighter and a reliable, hard, working man.  George served in the US Army and the Army National Guard.  He drove Bus for Everett Transit for 25 years and worked for a casket manufacturer in Everett for several years.  Although a private man, he had a heart for others.  George married Lorna Turnure-Koch August 24, 2001 in Marysville, WA at the United Methodist Church. His passion for motors, cars, trucks, bulldozers and tractors (particularly the early models) kept him busy puttering in his shop.   He also loved taking trips to the Oregon Coast.  George is survived by his loving wife Lorna of the family home; daughter, Beth Dietrich of Roseburg, Oregon; sons, Kevin Vanderway of Anchorage, Alaska, Craig (Maritza) Koch of Sparks, Nevada and Scott (Sheri) Koch of Arlington, Washington; 10 grandchildren; sister, Doris Vanderway of Everett, Washington; brothers, Bob (Peggy) Vanderway of Everett, Washington and Jim (Margaret) Vanderway of Fairfield, California and numerous nieces, nephews and other significant family and friends including Scott Dietrich of Roseburg, Oregon and Vanessa (Greg) Finch of LaConner, Washington.  A graveside service will be held Saturday, October 24, 2015, 1:00 PM at Evergreen Cemetery, Everett, Washington.  In lieu of flowers, memorial donations may be made to the charity of your choice in memory of George.  Special thanks to all those who provided care to George through his battle with cancer including: St. Joseph Hospital, Cancer Care Center, Signature Home Health Care and Hospice.

To order memorial trees or send flowers to the family in memory of George Edward Vanderway, please visit our flower store.