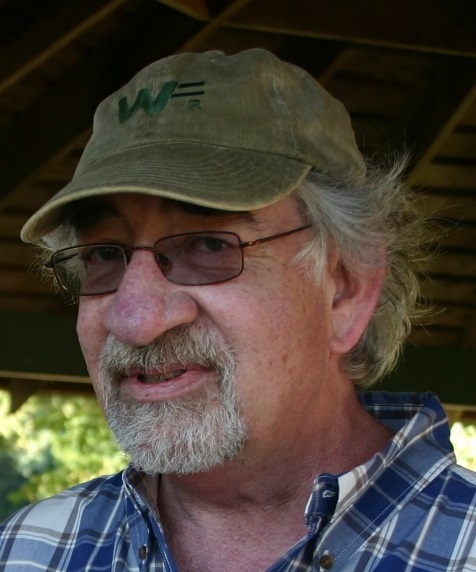 With sadness we deal with the passing of our brother, George Louis Ligocki from lung cancer.  George was born in Bellingham to Alice (Hess) and John Ligocki on April 21, 1949. He grew up in Nooksack and graduated from NVHS in 1967. He served in the US Army from 1969 to 1974, including 15 months in Viet Nam where he was a truck driver. This was to be his profession, retiring in 2011 from Miles Sand and Gravel (Concrete Norwest) after many years driving cement truck for several local companies. He was a member of Teamsters Local 231. He was known as a competent and likeable friendly co-worker.

The first boy after 2 sisters, he learned to drive early on his dads’ lap driving tractors. This translated to his lifelong passion with cars, notably muscle cars, his pride and joy being his ’72 Plymouth Barracuda. If he could have chosen a second middle name, it would have been Mopar.

His other passion was music, particularly ‘60’s and ‘70’s rock, blues and country rock. He had a vast library of LP’s and CD’s which would be hard to replace these days which he played on a variety of high end equipment. We siblings knew who to call regarding any question as to who sang what, what band they were formerly in, etc. We will miss long conversations on the phone and in person about TV shows, movies and music.

He was preceded in death by his parents, brothers in law Gary Prentice and Jim Zender and nephew Ian Eshuis. He is survived by 4 sisters Adelle (Steve) Hamel of Anacortes, MaryAnn (Lee) Burgess of Bellingham, Alice Jeanne (Bill) Kuhl of Olympia and Michelle (Cliff) Eshuis of Bellingham and brother Frank (Marykay) Ligocki of Seaside, OR, Aunt Myrtle Martin, close friend and cousin, Butch Hannah and numerous nieces, nephews and cousins.

A graveside service will be held at Nooksack Cemetery on Friday, September 22 at 2pm with a reception right afterwards at, Everson City Hall, 111 W. Main Street, Everson. To anyone who knew George, very independent, he remained “George” to the end.

To order memorial trees or send flowers to the family in memory of George Louis Ligocki, please visit our flower store.
Send a Sympathy Card