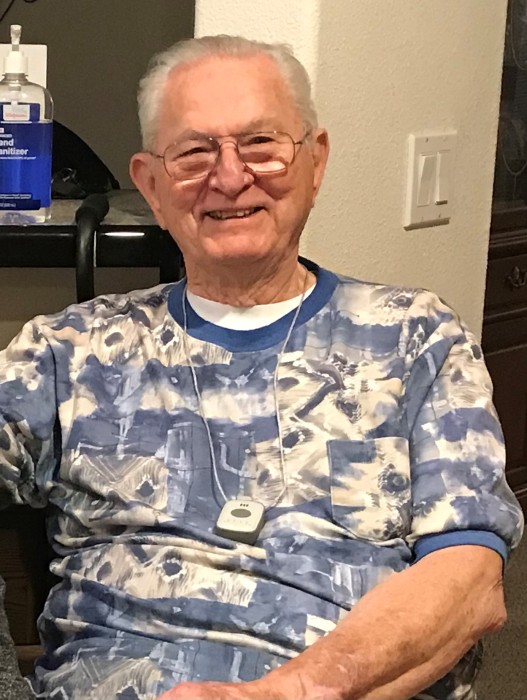 Gene Ray McElroy, age 81, passed away unexpectedly on November 24, 2020, at St. Joseph Hospital in Bellingham, Washington with his youngest son and daughter by his side. He was born in Corpus Christi, Texas on December 14, 1938, but always celebrated his birthday on December 15, which he shared with his granddaughter, Nicole. It was in Texas before he left for the military where Gene met the love of his life, Patsy Kay Persons, in 1956. They wed in December of 1959. Gene has always been an active member of any community he was in beginning from his days as a butcher in Texas before joining the military, taking the skills that he learned in the Air Force into his lifelong career at Boeing. There was a small period of time before his youngest son, Scott, was born where Gene also served as a deputy for the King County Sheriff's department before returning to Boeing. After Patsy was diagnosed with leukemia, Gene retired shortly after and they moved to Ferndale, Washington to spend their days in relaxation. Together, they traveled the country in their motorhome, and loved spending time at Lake Easton, where many of their children and grandchildren spent their summers camping with them. Gene always welcomed anyone into the family with open arms, and always made sure to love everyone equally. His family remembers him for his love of football (Go Hawks!!) and his unwavering love for the people in his life.

Gene joins his parents G. C. McElroy and Minnie Ruth McElroy; wife Patsy K. McElroy and son Steve R. McElroy in what he called “the beyond.” Gene is survived by his sister, Janice Baker of Katy, Texas, his two children, his eight grandchildren, and two great-grandchildren on the way, all of which he was very proud of: Cynthia Ryan, daughters Krista Eich and Nicole (Jake) Bartel and sons, Andrew and Jeffrey Ryan all of Whatcom County; Scott McElroy, wife Eryn, daughter Jaycee, all of Schertz, Texas and sons Michael and Isaiah McElroy of Boise, Idaho, Thomas McConnell of Troy, Alabama and Joel McConnell of Minot, North Dakota, as well as Justin Ray McElroy (son of Steve), of Arlington, Washington and niece, Alicia Bates, husband Gary, daughter Allie and son Jordan of Katy, Texas and nephew Carney Baker and wife Heather of Corpus Christi, Texas. Gene also is survived by two long time friends, Shirley Edminster of Bellingham, WA and the Lesters of Rice, WA.

In the almost 15 years since Patsy has been gone, Gene continued to live life as he would have with Patsy. He made sure that he maintained his friendship with the Edminsters and the Lesters and even made friends with his neighbors at Portal Creek Park. He also recently returned back to Church in an effort to meet new people and reconnect with the Lord. Gene loved going out to eat with anyone who would join him, as well as his weekly coffee meetings with the local law enforcement. Gene loved to travel often to visit Scott, as well as his sister, Janice. Gene will be missed by all who knew him.

Gene and Patsy will be together at a final resting spot, which will occur at a later date. To honor and celebrate the life of Gene, the family requests donations to organizations researching leukemia, helping veterans and homelessness be done in lieu of flowers.

To order memorial trees or send flowers to the family in memory of Gene Ray McElroy, please visit our flower store.
Send a Sympathy Card