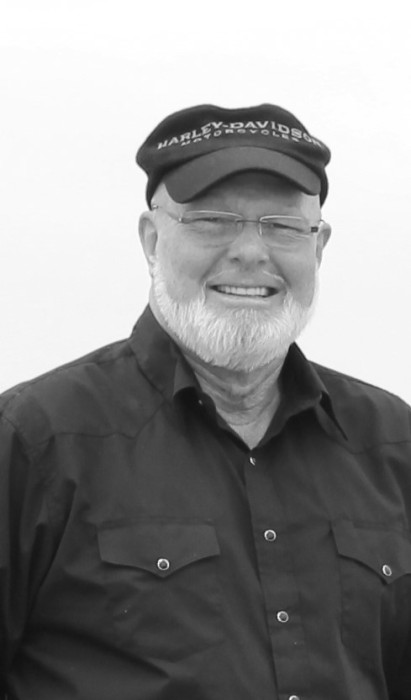 Gary Dean Olson, age 75, passed away at his home Thursday, October 1, 2020 in Everson, WA due to complications of Mesothelioma lung cancer.

Gary was born in Torrance, CA, December 15, 1944 to parents Leonard Arthur and Rosemarie (Reely) Olson. Gary’s father was in the US. Air Force and he and his brother, Larry, were stationed all over the globe, including Japan. They ended up in Medical Lake, WA. Where Gary met and married his high school sweetheart, Mary Ann (Rustemeyer), in 1962.

He joined the US Navy in 1962 – 1966, where he served on the Aircraft Carrier US Kearsarge. The US Kearsarge was the recovery ship for two NASA Space Missions and did two tours in the Far East in support of the Vietnam War. At one stop in Hawaii, John Wayne went aboard the ship and ate lunch with the crew.

From 1966 – 1969, Gary worked at Lockheed Shipyards in Seattle as an Outside Machinist. He also worked part time as a Mechanic at a gas station to save up for his first motorcycle.

In early 1970, Gary started his career at Intalco Aluminum Corp, Ferndale, WA. He started in the Pot Line and quickly was promoted to Millwright Maintenance, then on to a specialized Mechanical Crew, rose through the ranks as a Planner, Supervisor then Mechanical Maintenance Foreman and he retired in 2001.

In the 1980’s, Gary was introduced to racquetball, which he continued to play several times a week, and continued to win tournaments until 2019.

During the 70’s and 80’s, Gary and his wife were very accomplished Appaloosa Horse trainers and won countless awards.

Gary and his family were also members at the Lynden Church of the Nazarene, where he was part of the sound team. He sang in the choir and many solos. He was also the
Treasurer of the Ferndale Holiness Camp for many years.

Gary got himself a Harley Davidson as a retirement gift and loved riding it, especially with his sons. Gary was also a member of the Bellingham Harley Owners Group for several years.

Gary is survived by his six children, Steve (Leigh), Dan, Deanna, Eric (Nicole Adams), Ian, and Jody (Casey Cornmesser), 16 grandchildren, 18 great grandchildren, and his longtime companion Janice Faber, who all agree that he was the Master BBQ at family gatherings. He was preceded in death by his wife, Mary, brother, Larry and his parents.

Gary expressed his wish to not have a funeral service; the family will get together at a later date to celebrate his life. He left in his wake the legacy of love, adventure, family and fun.

To order memorial trees or send flowers to the family in memory of Gary Dean Olson, please visit our flower store.
Send a Sympathy Card