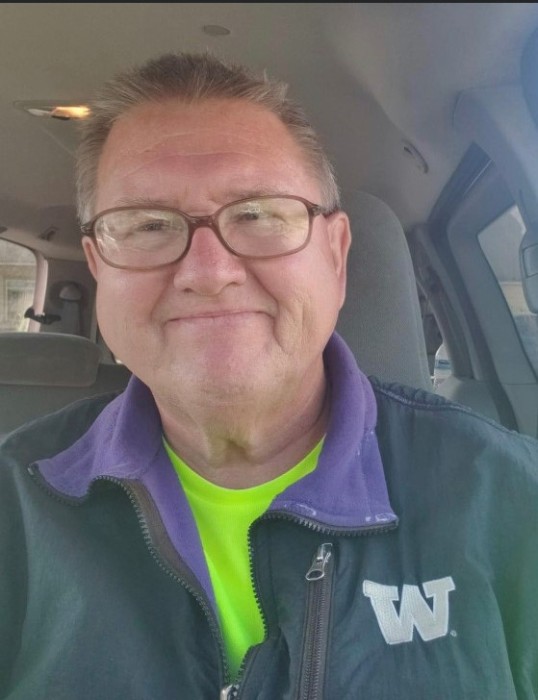 A Celebration of Life will be held at a later date

He was born March 21, 1958, in North Seattle, the son of Lloyd and Dorothy Bell Harkleroad.

Following graduation, Gary spent over 20 years working in and managing movie theatres, one of his first passions.

Gary also worked as the co-owner of Monkey’N Around Childcare, and as a paraeducator at Cascadia Elementary School in Ferndale, WA. As well as various other local jobs.

Gary excelled at bringing people together and making lifelong friends in every position that he held.

Gary was also the coach of countless youth sports teams over many years, most recently through the Boys & Girls Club of Ferndale.  Gary was an avid sports fan and loved the Huskies, Seahawks and Mariners, as well as all local youth sports teams with any athlete that he had ever coached.

In addition to his parents, he was predeceased by his brother, Bob Harkleroad and a sister, Sheila Giles (Harkleroad) .

A celebration of life will be held virtually on October 24, 2020 at 1 p.m.  A link to the service will be made available online through the United Church of Ferndale.

A private interment will be held at Woodlawn Cemetery in Ferndale.

Those who wish to remember Gary in a special way may make gifts in his memory to : The United Church of Ferndale or the Boys & Girls Club of Ferndale.

To order memorial trees or send flowers to the family in memory of Gary Scott Harkleroad, please visit our flower store.

A Celebration of Life will be held at a later date