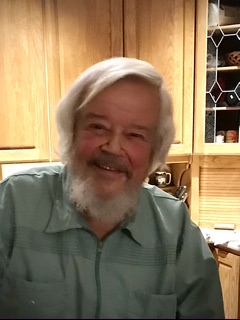 Fredy P Hunziker, age 79, passed away on September 4, 2020. After fighting cancer for the last few years, he lost his battle and passed away peacefully in his home surrounded by his daughters.
He is predeceased by his parents Paul and Heidi Hunziker, and survived by his daughters Caroline and Didi, his grandkids Haley and Cole, his brother Peter Hunziker and his wife Edith, their children and grandchildren. Born in Switzerland where he spent the first 20 years of his life. He was educated in mechanical engineering. He did a four year apprenticeship as a general machinist and tool maker. His dream of living in the United States was realized in the early 1960’s where he became a naturalized citizen and became a proud American, although never letting go of his Swiss heritage. He worked as an aircraft mechanic for Western Airlines and in an auto body shop where he refined his tool making skills and was able to continue his passion for cars and planes. In 1974 he decided to switch gears and he graduated from the Cleveland Chiropractic College in Los Angeles and became a Dr of Chiropractic. He moved to Washington and opened his own Chiropractic clinic where he has been healing his patients and community for over 30 years. He used his tool making skills to help redesign the Activator tool still used by Chiropractors today.
He enjoyed skiing in his younger years, loved hunting and fishing. But his passion was restoring classic cars, building parts and making the tools he needed. He had many projects including building a plane which he was unable to finish and take on its first flight.
He will be remembered and missed by all who know him.
In lieu of sending flowers, please make a donation to one of the charities that Fred so loved.
Shriners Hospital for Children St Judes Children’s Hospital

To order memorial trees or send flowers to the family in memory of Fredy Paul Hunziker, please visit our flower store.