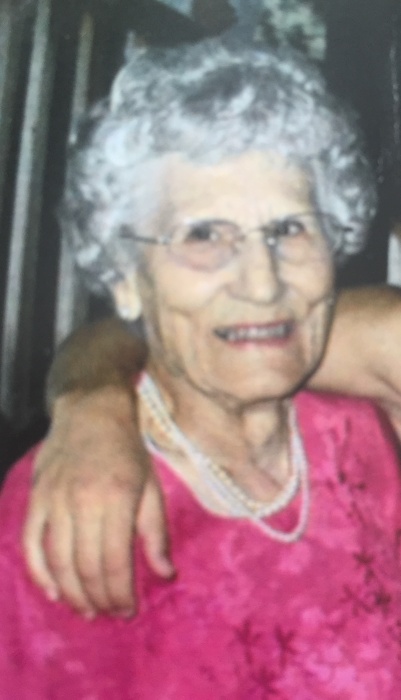 Evelyn grew up in Chewelah as one of three children. She had one brother, Sherwood, and one sister, Kay.  As a youth, Evelyn loved to ski, swim, play tennis, and enjoyed various other outdoor activities. Some of her fondest childhood memories included special trips to Spokane with her parents to stay overnight at the Davenport Hotel. Although girls did not have very many opportunities to enjoy team sports during that era, Chewelah HS did have a girls basketball team, on which Evelyn played. That ignited her lifelong love of basketball that has meant so much to her family over many decades.

Evelyn graduated from Chewelah HS in 1938 then attended WSU for a period of time. During the war, she worked various jobs.

On January 21, 1944, Evelyn married her childhood sweetheart and WWII veteran Earl Jackson. Fittingly, they spent their wedding night at the Davenport. In the immediate years following, Earl completed his education and the young couple moved to Vancouver, WA in 1948 to start, what would become over a thirty year career in education. Upon retirement from the Vancouver School District, Earl and Evelyn moved to Centralia, WA where they lived for over twenty years. Evelyn moved to Bellingham in 2015, where she lived the last year of her life. Evelyn and Earl were married almost 67 years prior to Earl's death in 2011.

Evelyn's pride and joy was her family. She had two children, Brad and Brenda, and a daughter-in-law Debbie Jackson and a son-in-law Tim Penman. She also had four grandchildren, Lynsey Jackson, Kyle Jackson (wife-Amy), Todd Penman, and Betsy Ann Penman. In her later years, she also loved spending time her five great grandchildren; Klayton, Kennedy, Kohlsen, Knox, and Kambell. She was also a wonderful Mom/Grandma figure to so many other kids that frequented the Jackson-Penman households/activities through the years. She loved to entertain and always liked having others around. She had a special gift of hospitality to young and old alike.

"Mom" was a very active person. She loved her church, her country, PEO, Young Life, sewing, knitting, RV-ing, using her computer, and walking. Her love of sports was lifelong. She and Earl traveled extensively, attending literally hundreds of games and matches supporting youth sports, Ft. Vancouver HS, Hudson's Bay HS, WSU, Centralia HS, Sehome HS, and WWU.  She was an exceptional statistician, always keeping her own scorebook at games.  She started this practice when her kids started playing because, in her words, "It keeps me from yelling at the refs"!

Evelyn had a deep faith, was strongly principled, and was very thankful for her many blessings that Jesus bestowed upon her.  She impacted countless lives with her warmth, spunk, genuine interest in others, brightness, and service. We are all so thankful that she is reunited with her beloved Earl and is rejoicing in heaven today.

A Celebration Service of Evelyn's life will be held at 5pm on Sunday, September 25, 2016, at the Bellingham Golf and Country Club.

To order memorial trees or send flowers to the family in memory of Evelyn Acorn Jackson, please visit our flower store.