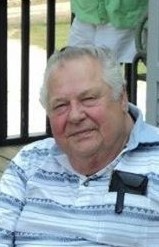 Gene attended Nooksack High School, joining the Navy right after and served during the Vietman war.  Gene left the Navy after the birth of their first child Cheryl.  He then began his career at Intalco Aluminum where he retired from.

Gene loved spending time with his family and loved attending horse shows all over the country with his wife and children.  Gene was a very talented man who could make or fix anything.  He loved working on cars, hunting and camping, furniture making, doing leather work and making jewelry.  Gene and Sonia were also avid bowlers and bowled on many leagues.

Gene was always the go to phone call whenever his kids had a problem.  Gene and Sonia had an enviable relationship that spanned over 56 years of marriage.  He will be greatly missed by all who loved him.

To order memorial trees or send flowers to the family in memory of Eugene "Gene" Albert Smith, please visit our flower store.